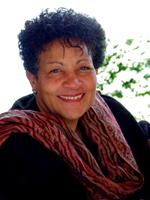 Born in Kingston, Jamaica, Yvonne Brewster traveled to the UK to study speech, drama and mime. In Britain, she founded Talawa, the UK’s largest Black theatre company. She has undertaken a vast variety of directorial work in all media, from the first ever Black production of Oscar Wilde’s The Importance of Being Earnest at the Opera House, Newcastle, to Pantomime, a two-hander by Derek Walcott, in a pub.

She has worked on many films, among them The Harder They Come, Smile Orange and The Marijuana Affair. She received the Living Legend Award from the National Black Theatre Festival in Winston-Salem, North Carolina, and an Arts Council of Great Britain Woman of Achievement Award. In 1993 Brewster received an OBE for Services to the Arts. She was awarded an Honorary Doctorate from Britain’s Open University in 2002 and is a panelist for the Olivier Theatre Awards for 2004.

Twice a Granada, Yvonne first directed Ti Jean and His Brothers by Derek Walcott regarding the epistemological effects of colonization. During her second residency she directed Tennessee William’s A Streetcar Named Desire including explicit violence and eroticism excluded from the famous film version of the classic.

“We’re bringing back all the politically incorrect bits that were removed for the film,” Brewster said. For instance, in the film version Stella leaves her husband after his brutality to her sister is revealed. The play, however, ends with Stanley on his knees, playing out the cycle of violence and regret that is common in abusive relationships, and with Stella’s response more ambiguous.”