Ellen Bromberg, a 2006 Guggenheim Fellow, has been creating dances for companies and solo artists for over 30 years.She has received numerous awards for her work including three Isadora Duncan Dance Awards; one for outstanding achievement in choreography for “The Black Dress,” which was subsequently broadcast on PBS Television’s “Alive From Off Center,” a second for her work with Douglas Rosenberg on Singing Myself A Lullaby and a third for Visual Design for her work with Della Davidson for Collapse (suddenly falling down).She was also honored with a UC Berkeley Townsend Humanities Fellowship, a Bonnie Bird American Choreographer Award, a Pew National Dance/Media Fellowship and with grants from the National Endowment for the Arts, the Arizona Commission on the Arts, the George Soros Foundation, among others.

Ms. Bromberg has been commissioned to create new work by universities, companies and presenters including UC Berkeley, UC Davis, The American Dance Festival, Transitions Dance Company of the Laban Centre in London, and Ballet Arizona. Having been presented throughout the United States, Ms. Bromberg’s choreography has also been seen in the United Kingdom, Germany, China, Korea and Japan.  American presenters include Franklin Furnace/P.S.122, The Riverside Dance Festival, and Dance Theater Workshop in NYC, the Allegro! Series in Seattle, and the Next Decade of New Performance Festival, Arts Festival Atlanta, and Dancers’ Collective in Atlanta.  In the Bay Area her choreographic work was presented by Theatre Artaud, The Bay Area Dance Series, The Edge Festival, The Stern Grove Festival, and Footwork Studio among others.

Since 1996 Bromberg has been working at the intersection of live performance and media, creating her own works as well as collaborating with other choreographers including Pat Graney, Deborah Hay, Della Davidson, Stephen Koester, Victoria Marks and Douglas Rosenberg. In 2001 she was commissioned by the University of Hawaii as part of The National College Choreography Initiative to create Here and Then, a multi-media dance piece. A Granada Visiting Artist at UC Davis in 2006, Bromberg created The Weight of Memory, an evening-length media-dance piece created in collaboration Della Davidson, which premiered at the Mondavi Center for the Performing Arts, and was subsequently restaged on Repertory Dance Theater in Salt Lake City in 2008.

As an Artist in Residence at the Institute for Studies in the Arts at Arizona State University, she created the collaborative work Falling to Earth. A multi-media performance piece created specifically for the Intelligent Stage, Falling to Earth combined interactive media and with live performance, and was presented at the International Dance and Technology Conference in 1999. She is also a founding member of ADAPT (Association for Dance and Performance Telematics), an online telematic performance community.

Bromberg’s screen works have been broadcast on numerous public television stations and screened at national and international festivals. She received a Gold Award from the Houston International Film Festival for Dancing on the Edge, The Black Dress in 1990.  Singing Myself a Lullaby, a documentary on a dancer with AIDS, was commissioned by The Project on Death in America and produced by Wisconsin Public Television. Lullaby was broadcast nationally on numerous PBS affiliates. Another documentary, Molissa Fenley and Peter Boal, The Re-staging of State of Darkness, premiered in 2003 at Lincoln Center’s Dance on Camera Festival. This, along with other dance films, was screened at a variety of national and international dance film festivals. In addition, Ms. Bromberg’s essays have appeared in a number of print and on-line publications including Envisioning Dance on Film (Routeledge), Extensions: The On-line Journal for Embodied Technology, and the Interdisciplinary Humanities Journal, to name a few.

A frequent guest artist, Ms. Bromberg has been in residence at numerous colleges and universities throughout the country, Europe and Canada.  She has also held faculty positions at the University of Utah, Mills College and the University of Arizona.  She has frequently been of service to the field for a variety of state arts agencies and foundations. Ms. Bromberg was the founding director of the College of Fine Arts’ Center for Interdisciplinary Arts and Technology and is also the founder of the first Graduate Certificate in Screendance. She is currently an Associate Professor of Dance at the University of Utah, where she is also the founding director of the International Dance for the Camera Festival.

A Tribute To Della Davidson

The Department of Theatre and Dance presents a tribute to our beloved Professor Della Davidson who passed away in March: the world premiere of and the snow fell softly on all the living and the dead… by Granada Artist-in-Residence Ellen Bromberg followed by choreography and performances by Sideshow Physical Theatre.

The UC Davis Department of Theatre and Dance presents a two-part production: the world premiere of and the snow fell softly on all the living and the dead… byGranada Artist-in-Residence Ellen Bromberg and a celebration of the work of Professor Della Davidson through choreography and performances by her long-time collaborators. Performances are May 31 to June 3 in Wright Hall’s Main Theatre. 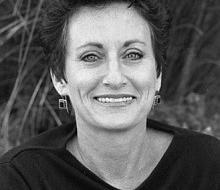