(All programs and venues subject to change.)

Opening the Main Stage season on November 13, 2014 will be The Gambling Lady (The Bassett Table) directed by Granada Artist-In-Residence Fidelis Morgan. The Gambling Lady (The Bassett Table) is a comedy in which Lady Reveller negotiates sexual intrigue and a high stakes gambling table. This production is especially exciting because Ms. Morgan is also a scholarly expert on the Susanna Centlivre so-called Female Wits. Production dates are November 13–23, 2014.

We are proud to present a holiday offering December 4–14, 2014 with a beautifully reimagined version of the timeless musical The Fantasticks with words by Tom Jones and music by Harvey Schmidt.  The show’s original off-Broadway production ran a total of 42 years and 17,162 performances, making it the world’s longest-running musical. The Fantasticks is classic simplicity:  Boy who is overly in love with a girl; their parents are trying to keep them together by pulling them apart. This production will be performed in the Wyatt Theatre. Tickets can be purchased, for this production only, at: tdtickets@ucdavis.edu.

Woyzeck by Georg Büchner is being directed by Granada Artist-In-Residence Bob McGrath. This production is going to be reimagined for a modern audience by Neil LaBute (The Shape of Things, In the Company of Men). Production dates are February 26–March 8, 2015.

Our Spring season will include “The Light and Dark Arts: A Radical Magic Show,” directed by Granada Artist-In-Residence Aaron Gach, who will be playing with the age-old theatrical strategies of hiding and revealing, literally teaching our students magic. This magical production will be performed May 28–June 7, 2015.

Main Stage Dance Theatre performances are scheduled for May 7–17, 2015.

Finally, the Department of Theatre and Dance will be presenting quarterly showings of the cult hit movie “Rocky Horror Picture Show”.  Showings will be held on October 10, 2014, January 9, 2015 and April 3, 2015 at 7PM.

Each year the Department of Theatre and Dance presents a vibrant mix of productions and performance styles that reflects the collaborative, multidisciplinary focus of our academic program. Our season presents a series of fully mounted productions under the guidance of outstanding theater artists. The prestigious Granada Artist-in-Residence program brings visiting directors, playwrights, choreographers or filmmakers to campus each quarter to teach and create a performance work, and includes dance, drama and musical productions by these artists as well as by faculty members and other visiting professionals.

We also stage diverse and exciting work by students in the department’s Master of Fine Arts program, intended for mid-career professionals. Their works represent the culmination of a rigorous two-year course of study aimed at honing skills and developing new artistic visions.

Additionally, we present free, unticketed ITDP (Institute for Theatre, Dance and Performance) programs which open up the artistic process to the community. 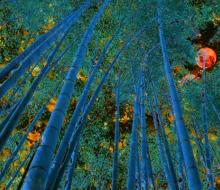