Playwright Philip Kan Gotanda has been a major influence in the broadening of our definition of theater in America. Over the past three decades his plays and advocacy have helped deliver stories of Asians in the United States to mainstream American theatreas well as to Europe and Asia. His works have been presented at venues including American Conservatory Theatre, Mark Taper Forum, New York Shakespeare Festival, and London’s Gate Theatre. Philip is the recipient of the Guggenheim Fellowship, several National Endowment for the Arts awards, as well asnumerous honors and awards.

As Granada Artist-in-Residence at UC Davis in fall of 2008, Mr. Gotanda directed the first staging of his latest play #5 The Angry Red Drum as a work-in-progress. This piece pushed the bounds of aesthetics and storytelling in a multi-layered theater experience. 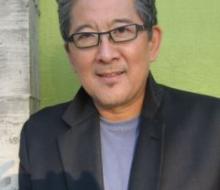