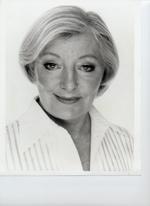 Glen Walford, a writer, theatre and musical director, has had an extraordinary international career, directing classic and contemporary works in Tel Aviv, Hong Kong, Germany, Borneo, Greece, Japan, Austria and Russia, usually in the host country’s language. Her English directing work includes the development of a new version of Stravinsky’s Soldier’s Tale with the London Philharmonic, and creation of a new musical version of Our Day Out for the Belgrade Theatre Coventry.

Her theatre works have been seen in London at the Royal Court, Bush, Tricycle, Greenwich and Hampstead theatres, and in such regional theatres as the Sheffield Playhouse and Crucible, Edinburgh Traverse, Coventry Belgrade, Nottingham Playhouse, and Bristol Old Vic, among many others.