Sarah Ashkin’s research tarries at the intersection of critical whiteness studies, site-specific performance, and liberatory pedagogies.  She is the director of GROUND SERIES dance and social justice collective and a co-founder of Practice Progress, a body-based anti-racism facilitation platform.

Diana Cage is deeply committed to interdisciplinary inquiry. Her work examines radical forms of family and collective care, reproductive justice, and intersections of race/ethnicity and gender in care work. Cage’s academic interests include feminist science and technology studies, public health, health equity, critical race studies, queer theory, the sociology of gender, and the history of sexuality. She is the author of six books, including the Lambda Award winning The Lesbian Sex Bible (Quiver, 2014). In addition to writing and scholarly work, Cage works with What Would an HIV Doula Do?, a collection of artists, activists, and scholars joined in response to the ongoing AIDS crisis. She holds an M.F.A. in Creative Writing from San Francisco State University.

Diego Martinez-Campos is a Mexican performing artist, choreographer, and movement educator currently based in Sacramento, CA. He strongly believes that art has the power to enrich, transform, and change people’s lives through play, collaboration, and education.

Adam Wright is a doctoral student working with Colin Milburn and Patrick LeMieux on mixed reality technologies from the perspective of Performance Studies at the University of California at Davis. After earning his BFA from New York University Tisch School for the Arts in Film and Television, Adam produced television content on technology, scientific innovation, and video games for both the BBC at White City, London, and Comcast’s G4 Network in Los Angeles. Engaging these subjects fostered in him a deep fascination with digital technology, which led to explorations that would result in a professional shift from entertainment to tech. In addition to being a founding member of Digg.com and Revision3, he has explored and performed in many disciplines during his time in the tech industry including software development and user experience design. At UC Davis, he explores the reciprocal relationship between humans and technology through the intersection of science fiction and narrative, futurism, human-centered design, embodied practices and experiences, technology legacy, programming paradigms, mixed reality technologies, and cybernetics.

Gino Robair Forlin is developing strategies for improvisation, with a focus on how shifts in cognitive load affect the performer, using resources such as computer mediation, real-time score creation/interpretation with physical materials, and game-inspired, rule-based systems.

Erika Tsimbrovsky’s current research focuses on transformations that constantly happen in the contemporary dance field and their inclination towards performance art to create new discourses. Objects of her inquiry are dance installations, avant-garde arts, abstractions, notions of otherness.

Ekaterina Zharinova is a Russian dance artist. Her research interests lie at the intersection of dance, mathematics and technology.

Maurice Moore’s work explores how Black queer people have implemented and created a means of survival through performance. Black performance serves as a mode of active radical resistance drawing upon traditions and technologies such as call and response, improvisation, masking, reading, throwing shade and African-American Vernacular English.

Isa Leal is interested in the connection between movement experimentation and the experience of being human. Her work is often viscerally engaging and invites audiences to examine their perceptions.

Ashley Teodorson-Taggart is a feminist. Deeply engaged in activist praxis, Ashley’s research interests emerge from a decade-long career as a birth doula.

Arielle Estrada Sol is a documentary filmmaker who has experience teaching in storytelling and film workshops, video editing and film festivals programming.

Julian Gatto is interested in developing a methodology at the intersection of film, sculpture, installation, performance, design, poetry and painting.

Karola Lüttringhaus was born and grew up in Berlin, Germany, where she founded ALBAN ELVED DANCE COMPANY in 1997 to form an outlet for her diverse artistic pursuits in dance, visual art, film, scenic design and sound design.

Anuj Vaidya work straddles the cusp between performance and film, and addresses issues of gender, sexuality and ecology.

Tom Burmester plays in the space between engagement, community building, gaming, and playwriting.

Sarah Haughn comes to performance as a conspirator of placentas and poetries.

Ante Ursic’s research is in the politics and performance practices of circus.

Álvaro Hernández has collaborated continuously in artistic and research works with indigenous communities of the Colombian Amazon.

Nicole Peisl is a performing artist, teacher and choreographer.

Colin Johnson‘s research is focused on the underbelly of representations in techno-culture: from the material infrastructures that permit digital/algorithmic life to re/produce itself, to the architectures of affect that push and pull desire into flows of capital.

Deepa Mahadevan has dedicated the last 30 years of her life to the study and execution of performance spanning theatre, dance, music and media.

Amber Muller‘s research focus lies at the intersection of performance and sexuality.

Eric Taggart is an interdisciplinary artist and licensed psychotherapist in private practice.

Caro Novella: Performance as Action-Research. What does it mean to engage in dialogue and research through the body? How is it done in a dance-performance laboratory? And how do we (bodies who move together) engage in collective processes to challenge and transform body-based (gender, medicalization) violence?

John Zibell works with bodies and technology, material and image, thought and representation, narration and poiēsis. His practice happens in the theatre, cinema, gallery and the street and interrogates that which is fully actual within the virtual. He brings a quarter century of art practice and political activism to practice-based research.

Dennis M. Somera practices illuminating the colonial, imperial, patriarchal inscription on the body in art, revisioning it through movietelling/Katsuben (a Japanese form of film narration from the silent film era) and archi“text”uralandscape poetics beyond the two-dimensional page

Zelma Long: Long term wine-maker and now a consultant in Israel, France, South Africa and the west coast of the United States, Zelma Long is studying trans-generational craft practices in Africe and America, and a new found interest in the rhetoric of wine.

Ilya Noé: lya Noé is a practicing artist who is researching concepts of the Sporadic, the Mycorrhizal and the Site-Particular in simple acts of collaborating, walking and gifting. 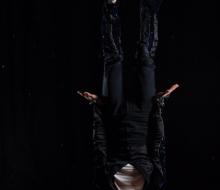 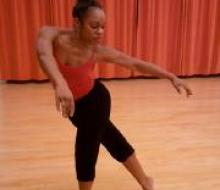