Anna is Artistic Director of UK Manchester based Pigeon Theatre, an all-women, experimental physical performance company, who have toured nationally and internationally, and who make site-specific performance work. Pigeon Theatre’s central research concern is in the formal structures of space, environment and architecture and the affect of these on the physical spectating experience.

Anna also works as a performer, and is a regular performer for the anateresa project, The Chameleons Group, Fast and Dirty Theatre Collective, and in her own solo work. She has also collaborated on telematic performances with Paul Sermon and Steve Dixon.

As Granada Artist-in-Residence Anna will create a unique performance and food event, The Matter of Taste. This intimate, immersive and interactive event will attempt to address both the subjective and highly individual experience of ‘taste’ and the social redefining of what might be considered ‘good’ and ‘bad’ taste.

– Fenemore, A. (2007), “The Pleasure of Objectification: A Spectator’s Guide”, in On Objects: Performance Research 12:4, Routledge.

– Fenemore, A (2006), “Ways of Working: Eight Things I Know Now that I didn’t Know Before”, chapter in Gough, Christie and Watt, Performance Cosmology. London: Routledge.

The Matter of Taste

A performance and food event.
Directed by Granada Artist-in-Residence Anna Fenemore
This production is co-sponsored by the UC Davis Arboretum

UC Davis Department of Theatre & Dance presents The Matter of Taste directed by Granada Artist-in-Residence Anna Fenemore and devised in collaboration with UC Davis students.This unique performance and food event will attempt to address both the subjective and highly individual experience of ‘taste’ and the social redefining of what might be considered ‘good’ and ‘bad’ taste.An interactive production, the audience is invited to participate including sampling of recipes.The Matter of Taste includes live music that offers audience members outdoor dancing after the show when r 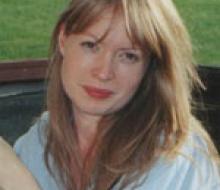