Henry Daniel began his career in Trinidad as an actor with James Lee Wah’s San Fernando Drama Guild and with Derek Walcott’s Trinidad Theatre Workshop. He was a founding member of Astor Johnson’s groundbreaking company, the Repertory Dance Theatre of Trinidad and Tobago. In the USA he was a member of the Alvin Ailey American Dance Centre Workshop, the Bernhard Ballet, and soloist with the José Limón Dance Company of New York, among others. In Germany he founded and directed Henry Daniel and Dancers while continuing to work as a member of TanzProject München, Tanztheater Freiburg, and Assistant Director, Choreographer, and Dancer for Tanztheater Münster. In the U.K. he founded and directed the performance group Full Performing Bodies, which he still maintains.

Daniel attended Naparima College in Trinidad, the Boston Conservatory of Music and the Juilliard School in the USA, and has an M.A. in Dance Studies from City University, The Laban Centre, London, as well as a Ph.D. in Dance, Performance Studies and New Technology from Bristol University’s Department of Drama: Theatre, Film, Television in the U.K. He is currently Professor of Dance and Performance Studies at Simon Fraser University’s School for the Contemporary Arts and Principal Investigator for Project Barca, a three-year Research/Creation initiative (2011-2014) funded by the Social Sciences and Humanities Research Council of Canada (SSHRC). Project Barca explores a range of ideas contained within the phrase ‘going west to find east’ by first inverting it, and then playing on the inherent paradox of going in either direction to find the other. “Going west to find east/Going east to find west” is inspired by the consequences of Christopher Columbus’ 1492 journey across the Atlantic in search of a new trading route to the Far East. 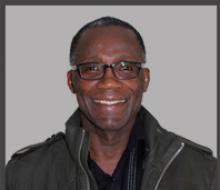