Russian born, Katya Kamotskaia, has been acting and teaching internationally for the last 25 years. She started her professional training in the Youth Theatre Studio, led by leading actor-director, Oleg Tabakov (now Artistic Director of the Moscow Art Theatre) (MXAT). From there, she won a place in Vakhtangov’s School (now called Schukin’s College). During her training, she took part in the Grotowski Theatre-Laboratory workshop entitled The Tree of People (Dzevo Ludzi). Herein began her own unique combining of Stanislavski and Grotowski.

Acting work includes ten years of leading roles at Stanislavski’s Theatre, Moscow, and the Moscow Philharmonia, (including performances of her own one-woman recital show), various television and film appearances, as well as serving as Second Director on Savva Kulish’s film Iron Curtain (1991). Most recently she starred in the BBC Radio play, The Return of the Prodigal and in I Confess, Arches, Glasgow.

For ten years, Kamotskaia taught at the All-State Institute of Cinematography in Moscow, where she also completed a postgraduate degree (Masters of Philosophy equivalent) as a “Theoretical Researcher in Film and Television.” Since 1999, she has been teaching Practical Acting, Acting Theory and Acting for Camera at the Royal Scottish Academy of Music and Drama. She has directed and assisted with many productions, including Three Sisters, Much Ado About Nothing, The Glass Menagerie and Crime and Punishment for the Edinburgh Fringe Festival, which she also adapted and translated. She has led workshops at eight international summer schools (both in Russia and UK), and presented at conferences throughout the world, including USA, Russia, UK, and Czech Republic, and at venues including London’s Barbican Centre. She has also taught at the Universities of Exeter and Birmingham and Central School of Speech and Drama, all in the UK.

In addition to writing many articles on actor-training (featuring Stanislavski, Michael Chekhov and Grotowski, as well as personal performance experience), Kamotskaia worked intensively with Jean Benedetti on the 2008 translations of Stanislavski’s An Actor Prepares and Building a Role, published by Routledge as An Actor’s Work. She is currently working on her PhD research at the Royal Scottish Academy of Music and Drama: “The Inner Life of an Actor in Character in Film and Theatre Performance.” Her mentors include acclaimed Russian practitioners, Albert Filozov and Vladimir Ananiev.

Kamotskaia’s present work-in-progress is the development of her own school and theatre company, Stan.Studio-Theatre, which will specialize in the Russian system of training and performance in acting and directing, in collaboration with schools and a professional theatre company in Moscow. The first production is a DVD on Acting: Audition Preparation (now available).

As Granada Artist-in-Resdience at UC Davis, Kamotskaia directs Anton Chekhov’s The Seagull – a play about faith and love – in theatre, in life … in yourself. The real desire to create is not “… about the fame, not the the glory – it is the ability to endure, bare your cross… have faith … “ (A.Chekhov, The Seagull). 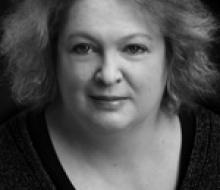