Miles Anderson has been acting on stage and screen for many years. Trained at the Royal Academy of Dramatic Art, he recently completed his third season at the Old Globe Shakespeare Festival in San Diego where his roles have twice won the San Diego Theatre Critics Circle Craig Noel Award for Outstanding Lead Performance in a Play: Shylock in The Merchant of Venice and King George in The Madness of George III. Other roles at the Old Globe San Diego include Prospero in The Tempest, Salieri in Amadeus, Leonardo Da Vinci in Divine Rivalry and Bottom in A Midsummer Night’s Dream.

Other recent work includes an appearance at the Ahmanson Theatre, Los Angeles, in the Judy Garland biopic, The End of the Rainbow.

U.K. acting credits feature several seasons at the Royal Shakespeare Company, where he starred in Macbeth, The Comedy of Errors, his Olivier-nominated Sigismund in Life’s a Dream, Twelfth Night and Volpone. He has received three British Theatre Awards. His West End appearances include The Weir, Oliver! and The Rehearsal.

Anderson’s directing credits include two seasons at the OMTC/RSC Youth Shakespeare Festival at Stratford-upon-Avon, and most recently Tilly No-Body: Catastrophes of Love at the Mondavi Center for the Performing Arts with the UC Davis Department of Theatre and Dance’s professional company, Sideshow Physical Theatre.

Work with directors, including Richard Attenborough, Trevor Nunn, Max Stafford-Clark and Sam Mendes, has established Anderson internationally as an actor of notability and popularity. Originally from Zimbabwe, Anderson currently resides in Los Angeles. 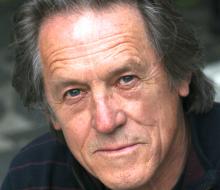