A graduate of the Yale School of Drama, Juliette Carrillo is most known for her world premiere of Lydia by Octavio Solis, produced at Denver Theater Center, Yale Repertory Theatre and the Mark Taper Forum in Los Angeles. The New York Times quoted the work on Lydia as “Seductive and strong. Juliette Carrillo has directed with enormous skill and knowing compassion.”

Carrillo has directed critically acclaimed world and West Coast premieres across the country, including Eduardo Machado’s The Cook  at Seattle Repertory Theater, Sam Shepard’s Eyes for Consuela at the Magic Theatre, Nilo Cruz’ Anna in The Tropics  and Jose Rivera’s References to Salvador Dali Make Me Hot at South Coast Repertory.

Currently a member of Cornerstone Theatre, Carrillo has collaborated with numerous communities in creating work. Her most recent piece, It’s All Bueno, was an adaptation of Candide with fifty-four members of the underserved community of Pacoima. Also recently was collaboration with the Los Angeles River community on a play with music by Julie Hebert entitled Touch The Water.

Carrillo was also an Artistic Associate at South Coast Repertory Theatre for seven years, where she directed regularly in their season and ran the Hispanic Playwright’s Project, collaborating with successful Latino writers across the country. She is a recipient of several awards, including the prestigious National Endowment of the Arts/Theatre Communications Group directing fellowship and the Princess Grace Award.

The House of Bernarda Alba

The House of Bernarda Alba, presented by the Department of Theatre and Dance, opens this Thursday March 8 and plays through Sunday March 18 at Main Theatre, Wright Hall.

UC Davis Department of Theatre and Dance presents a unique and timeless production of The House of Bernarda Alba directed by Granada Artist-in-Residence Juliette Carrillo whose work has been praised in The New York Times. 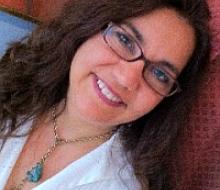