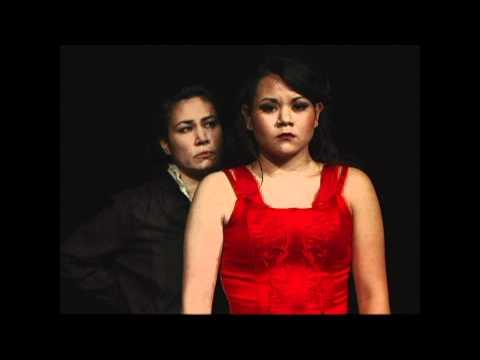 UC Davis Department of Theatre and Dance presents a unique and timeless production of The House of Bernarda Alba directed by Granada Artist-in-Residence Juliette Carrillo whose work has been praised in The New York Times.

Carillo’s interpretation of Federico García Lorca’s famous work (written in 1936) and based on a new adaptation by Chay Yew is Victorian Gothic with a modern twist. Wrought with sexual tension, The House of Bernarda Alba inspects the effects of a male-dominated and hierarchical society upon women as five daughters are confined to their mother’s house for an 8-year period of mourning.

Performances are March 8-18 in Wright Hall’s Main Theatre at UC Davis. This production is rated PG-13 for sexuality, adult language and violence.

Carrillo said the production, though often grim, is inspired by the energy of Spanish culture – especially duende, the soulful, highly emotional quality that often characterizes Spanish people and art such as flamenco dance. Lorca frequently spoke of the duende in his work.

In addition, audiences may find much to relate to in the play’s themes of repression and freedom. Carrillo said she found that many cast members had dealt with repression in their own lives.

“Sexual repression, but also personal repression,” Carrillo said. “Students feeling misunderstood and squelched by their parents, by school bureaucracy, by our culture. I think our audiences will identify with the intense human need for freedom.”

Costume designer Maggie Chan said that while the costumes may at first glance appear to be Victorian, the designs are actually modern. Corsets and the contrast between dark and bright colors demonstrate the difference between the characters trapped inside the Alba house and those who are free on the outside.

Vocals and electric guitar add a haunting dimension to the play’s themes of repression, passion and conformity. Composer Dan Wilson said he’s “pulled out all the stops” to create a sweeping world of sound, which also includes wine bottles, African drums, and even rhythmic clapping.

“My biggest focus for the music is to create an aural landscape and environment for the performers to journey through,” Wilson said.“Our planet Earth itself has inspired me – the more I dig into this show the more it is (at least for me) about the dark, cold, conflicted and confined inner world of the human-made house versus the vast expanse of our natural habitat where we can feel like we are truly free to roam in peace under the warm light of our star.”

The cast agreed that Carrillo’s collaborative directing style has allowed them to be creative in their own interpretations of Lorca’s work. “This is our own version of the play, within a modern cultural context,” said Susan-Jane Harrison, a first-year MFA candidate in Dramatic Art, who plays Bernarda.

UC Davis professor of acting Bella Merlin plays Maria Josefa, Bernarda’s aging mother who lives beneath the floorboards of the Alba home. Merlin said her own grandmother, dementia patients, and the idea of the mythical “hobgoblin” spirit have all inspired her embodiment of the character.

“I want the audience to be touched, amused, disgusted, surprised, unsettled, enamored,” Merlin said. “To be intrigued by her, like you might be intrigued by a rather strange spider.”

Juliette Carrillo is a graduate of the Yale School of Drama and is most known for her world premiere of Lydia by Octavio Solis, produced at Denver Theater Center, Yale Repertory Theatre and the Mark Taper Forum in Los Angeles. The New York Times described her work on Lydia as “Seductive and strong. Juliette Carrillo has directed with enormous skill and knowing compassion.”

Carrillo has directed other critically acclaimed world and West Coast premieres across the country, including Eduardo Machado’s The Cook at Seattle Repertory Theater, Sam Shepard’s Eyes for Consuela at the Magic Theatre, Nilo Cruz’ Anna in The Tropics  and Jose Rivera’s References to Salvador Dali Make Me Hot at South Coast Repertory.

Juliette was also an Artistic Associate at South Coast Repertory Theatre for seven years, where she directed regularly in their season and ran the Hispanic Playwright’s Project, collaborating with successful Latino writers across the country. She is a recipient of several awards, including the prestigious National Endowment of the Arts/Theatre Communications Group directing fellowship and the Princess Grace Award.

What: The House of Bernarda Alba, based on translation by Chay Yew, written by Federico García Lorca and directed by UC Davis Granada Artist-in-Residence Juliette Carrillo.

A graduate of the Yale School of Drama, Juliette Carrillo is most known for her world premiere of Lydia by Octavio Solis, produced at Denver Theater Center, Yale Repertory Theatre and the Mark Taper Forum in Los Angeles. The New York Times quoted the work on Lydia as “Seductive and strong. Juliette Carrillo has directed with enormous skill and knowing compassion.”