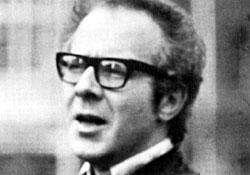 In his long and distinguished career, Richard Cottrell has directed in London, Bristol, Edinburgh, Stratford (Ontario), Milwaukee, Hong Kong, Brisbane, Melbourne, and Sydney. He has been director of such noted British companies as the Bristol Old Vic, the Hampstead Theatre Club, and the Cambridge Theatre Company. In 1986, he received Australia’s major theatre honor, a Sydney Critics Award, for his direction of the Nimrod Theatre Company, one of the country’s leading troupes.

Since turning to freelancing in 1988, Cottrell has directed Shaw’s Widowers’ Houses at the Royal Academy of Dramatic Art in London, the premiere of Olwen Wymark’s Strike up the Banns in Wales, and Umberto Giordano’s Andrea Chenier and Wagner’s Tannhauser at the Victoria State Opera in Melbourne. Since 1989, he has worked mostly in Australia where, in addition to his work at the Victoria State Opera, he has directed several productions, including Caryl Churchill’s Serious Money (1991) and Andrew Davis’s Prin (1992). In Summer 1992, he returned to London to direct Alan Frank’s The Mother Tongue starring Prunella Scales.

Cottrell is also a writer and translator. He is the author of the play Deutsches Haus (1959) and has translated all of Chekhov’s major plays, several of Feydeau’s, and a number of works by contemporary French authors, including Ionesco, Westphal, Grumberg, and Chesnot.  In 1992, he directed his own translation of Racine’s Brittanicus in Australia. His adaptations of E. M. Forster’s Howard’s End (1967) and A Room with a View (1968) have both been produced in London’s West End.