Frank Hauser began his professional career in 1948 as a drama producer for BBC radio, working with such noted actors as Alec Guinness, Peter Ustinov, Pamela Brown, and John Gielgud. While at the BBC, he also engaged Richard Burton, then an unknown young Welsh actor, to play Henry V.

In 1951, Hauser moved into professional theatre, co-directing Hamlet with Guinness. In 1956, Burton rewarded his early benefactor by funding the Oxford Playhouse Company, which Hauser ran for the next seventeen years. Noted for its presentation of new plays, the company’s principal actors included Dirk Bogarde, Sean Connery, Constance Cummings, Judi Dench, Joan Greenwood, Barbara Jefford, Ian McKellan, and Leo McKern. Among the many Hauser productions which transferred to London were the stage versions of A Passage to India, Arbuzov’s The Promise, Sartre’s Kean, and Molnar’s The Wolf, the last two of which were performed in Hauser’s own translations.

Since 1974, Hauser has free-lanced. In that time, his many British productions include All For Love at the Old Vic; Shaw’s Village Wooing with Dench and Michael Williams; his own original pantomime Cinderella with Twiggy; Sartre’s The Assassin with Woodward; Agnes of God with Susannah York; Thursday’s Ladies with Rosemary Harris and Dorothy Tutin; Bolt’s A Man For All Seasons with Charlton Heston; and the one-man play Boswell for the Defence starring McKern (now renowned for his TV work as Rumpole of the Bailey), which also toured Australia. Hauser’s translation of Kean with Derek Jacobi in the title role was recently revised at the London Old Vic and the Alexandra Theatre, Toronto. Hauser has also completed new translations of plays by Giraudoux, Anouilh, and Molnar.

Hauser has also directed numerous operas at Glyndbourne and Sadler’s Wells, including notable performances of La Traviata, Orfeo, and Cimarosa’s The Secret Marriage. In January 1961, he directed Iolanthe in the first non-copyright production of Gilbert and Sullivan; It enjoyed a sixteen-year run and was lauded by one critic as “arguably the most enchanting Gilbert and Sullivan production ever staged in Britain.”

Hauser’s work in the United States includes productions of Churchill and of his translation of Ibsen’s An Enemy of the People, both with Roy Dotrice in New York; Iolanthe for the Dallas Public Opera; Twelfth Night at Stratford, Connecticut; and Shaw’s Arms and the Man at the Roundabout Theatre in New York. In addition to his earlier stints at UC Davis, he has also taught at the Julliard School, Carnegie Mellon University, and Colgate University. 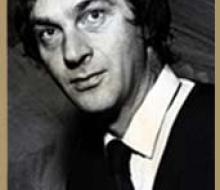