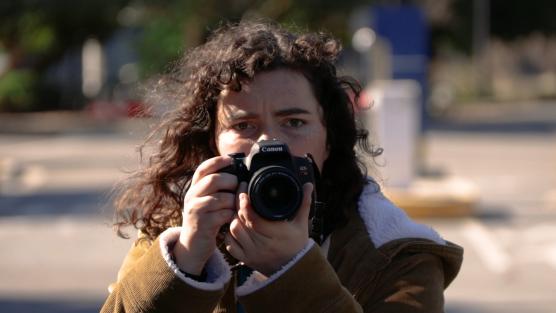 Due to technical difficulties, the May 20 Film Fest @ UC Davis program has been rescheduled for May 27 at 7 p.m. PDT, with a Q&A and awards presentation to follow.

The festival features short films of eight minutes or less in length, submitted by UC Davis students and recent graduates. Submissions include a variety of genres, from animation to live action to documentary to experimental. This year the selection committee has also accepted submissions of original screenplays of eight pages or less.

Each night audience members will be able to vote for their favorite film from that evening’s program. The winning films will be announced after the screening on May 27.

“The festival is a wonderful venue in which students can experience what is happening in all areas of the moving image arts at UC Davis,” said Darrin Martin, professor of art and faculty advisor for the event. “The festival helps to inspire what is possible and is often the first moment that students generously share their skills with a broader community beyond the classroom.” Alumni filmmakers have gone on to submit works to numerous regional and international film festivals, including the Sundance Film Festival.

Film Fest @ UC Davis was established by students and faculty in the Department of Theatre and Dance and over time, other departments came on board. The 2021 festival is co-sponsored by the College of Letters and Science’s departments of Art and Art History, Cinema and Digital Media, Design, Music, and Theatre and Dance.