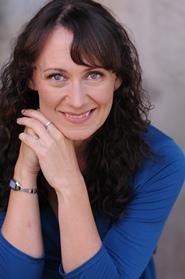 Susan-Jane Harrison is a second-year UC Davis Dramatic Art MFA acting candidate. She trained as an actor at the Royal Academy of Dramatic Art in London (RADA). There, she was fortunate to receive mentorship fostering her work as a writer as well as a performer. As an actor, Harrison has performed throughout the U.K. and the Bay Area at venues including the Royal National Theatre, Aurora Theater Company, Berkeley Repertory Theatre, California Shakespeare Theater, ACT, Center Rep and A Travelling Jewish Theater.

As a young writer she was the recipient of a First Bite award from BBC Radio 4. The BBC subsequently produced and aired her radio play, “Alaska,” starring Michael Sheen. A second radio play, “The Quetzal,” has been aired on the PBS Satellite Network. “Today I Live” is her first stage play and has been workshopped through RADA as part of the RADA Graduate Alumni program. August 2012 workshops of “Today I Live” have been funded by the Margrit Mondavi Fellowship which was awarded to Harrison in 2012.