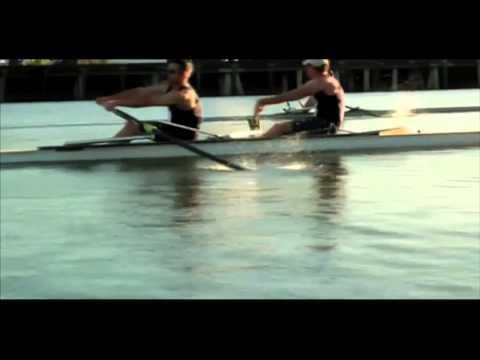 Film festival advisor and Art Studio Professor Darrin Martin, says there is much for audiences to be excited about as UC Davis student work continues to grow in both quantity and quality.

“Student enthusiasm for more sophisticated approaches to expressing themselves through filmmaking is on the rise as they strive to master the language of a media-saturated culture,” he said. “Curiosity for the voices of tomorrow’s storytellers, animators, and moving image makers should be the motivating factor to get the public out for two evenings of entertaining and thought provoking works.”

This year’s submissions include a mockumentary about a washed-up child star, a comedy where three twenty-somethings attain mundane abilities after eating a very old casserole, an existential drama about a woman struggling with her life’s purpose, an animated action hero adventure and a documentary about finding the perfect bone marrow donor.  The films will undergo a rigorous selection process to determine which make it to the festival screening.

2011 winner, Anna Hossnieh (Best Documentary “Standing Compassion”) has partnered with 2010 winner Meredith Sward (Best Experimental “Oh Dear”) in a joint 2012 submission of “The Irrelevant and Shallow Life of Birdie Peacock.” This mockumentary concerns a has-been child star and the filmmaker who struggles to make a movie out of her life.

Michael Figlock has entered the existential drama “Satisfaction” on behalf of the Filmmakers’ Ambitions club. It follows a woman’s disorienting journey as she is thrown into other peoples’ daily routines and struggles to cope with the demands asked of her in each of these scenarios.

In Kealani Kitaura’s animated submission “Journey” we travel with a superhero who is followed by mischievous objects including a stuffed devil-bear and fold-up camping chair into a magical land where the moon replaces the sun and pink mountains line the horizon.
Film Festival student lead-producer Ngoc Le has submitted her documentary “A Perfect Match” about Janet Liang, a UCLA student suffering from leukemia, and her journey to find a perfect bone marrow match.  The film was inspired by Le’s own recent struggle.

“When I was diagnosed with a life-long autoimmune disease last fall, I was told that I might eventually need a bone marrow transplant,” said Le. “During my treatment I became inspired upon reading media accounts of Janet’s story. Her YouTube cry for help brought me to tears because she only had a few months to live and that made think ‘that could have been me or that will be me one day.’ I hope my film will somehow encourage more people to participate in the bone marrow drive to save her life as soon as possible.”

Sarah Pia Anderson is by profession a director of theatre, film, and television. She is considered to be one of the top women directors of English language drama. She has directed at the Royal Shakespeare Company, Royal National Theatre, Abbey Theatre (Dublin), Traverse Theatre (Edinburgh), on Broadway, and The Shakespeare Theater at the Folger (Washington, DC). Professor Anderson also directs for film and television. Work includes (Emmy Award-winning television series) “Prime Suspect: Inner Circles” (starring Helen Mirren) for Granada Television in Britain, and in the U.S. “Nothing Sacred: Roman Catholic Holiday” (Winner of the Peabody Award for Television Drama Series, and a Prism Award for Directing), episodes of Emmy award winning dramas” ER,” “Ally McBeal,” “Grey’s Anatomy” and “Huff,” Golden Globe winner “Ugly Betty,” and Golden Globe nominated “Big Love” for HBO.

Jesse Drew is a professor in the UC Davis Cinema and Digital Media program. His work as a media artist and writer seeks to challenge the complacent relationship between the public and new technologies. His media work has been exhibited widely at such venues as the San Francisco Film Arts Festival, the ZKM in Germany, the World Wide Video Festival (Amsterdam), Incident (Brussels), Taos Talking Pictures, Dallas Film and Video Festival, the Mill Valley Film and Video Festival, Yerba Buena Center for the Arts, the American Indian Film and Video Festival, as well as international broadcast and cablecast outlets. His writings have appeared in numerous publications and journals as well as several anthologies. He previously headed the Center for Digital Media and was Associate Dean at the San Francisco Art Institute.

John Iacovelli, an Emmy Award-winning designer, teaches in the UC Davis Department of Theatre & Dance Master of Fine Arts design program. Professor Iacovelli has designed more than 200 productions at theatres across the nation, including the critically acclaimed TONY nominated Broadway revival of Peter Pan starring Cathy Rigby. The Academy of Television Arts and Sciences awarded Iacovelli the coveted 2001 prime-time Emmy Award for his art direction of the A&E broadcast of “Peter Pan.” In addition to his theatre work, Iacovelli is a television and film production designer and art director for such shows as “Ed,” “Babylon 5,”  “The Cosby Show,” “Resurrection Blvd.,” and the films “Honey, I Shrunk the Kids” and “Ruby in Paradise.” He holds a Master of Fine Arts in scenic design and art direction from New York University.