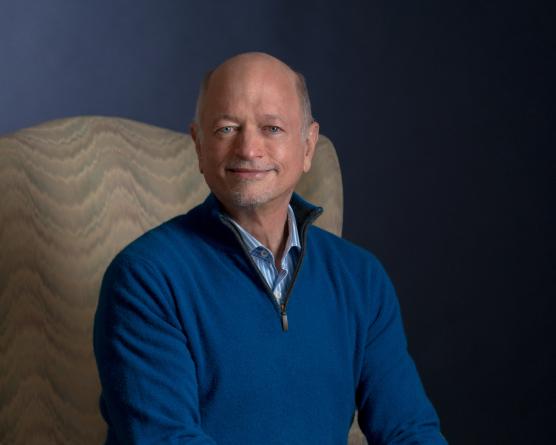 UC Davis Professor of Music and Conductor of the University Chorus Jeffrey Thomas leads the chorus one last time before his retirement after 22 years.

The concert, “American Songs and Spirituals,” will be June 8 at 7 p.m. at the Robert and Margrit Mondavi Center for the Performing Arts.  The will include James Whitbourn’s Luminosity featuring affiliated faculty members Ellen Ruth Rose, viola, and Rita Sahai, tanpura, with guest Don Scott Carpenter, organ. The program is an homage to the type of music the chorus has been known for in its half century of existence. Thomas succeeded both Al McNeil—known for his focus on American songs and spirituals—and Paul Hillier, who is known for his interpretation of Renaissance and Baroque music.

From the beginning Thomas gave the University Chorus roots in an ever-growing campus community, providing opportunities for those that love to sing, and those that enjoy listening to choral music. Dedicated to performance practice, he taught multiple varieties of choral music and courses from Beethoven to Arvo Pärt to Vaughan Williams. He was the recipient of a Chancellor’s Fellowship from 2001 to 2006, and he is the first holder of the Barbara K. Jackson Chair in Choral Conducting.

“In two decades under Thomas’s direction, the University Chorus has consistently involved students, alumni, and the greater Davis community, both as participants and audience, in a stunning variety of choral music,” said Henry Spiller, Department of Music chair. “His exacting approach to conducting has raised the level of ensemble to new heights. We will sorely miss him, and wish him well in his future endeavors.”

Thomas’ career at UC Davis parallels his leadership of the Bay Area-based ensemble, the American Bach Soloists (ABS), which he co-founded in 1989. With the Bach Soloists, Thomas has produced an extensive set of recordings, including both audio and video recordings of Handel’s Messiah.

He has performed at the Santa Fe Chamber Music Festival, Spoleto USA Festival, Ravinia Festival, Saratoga Performing Arts Center, the Smithsonian Institution, the Brooklyn Academy of Music’s New Wave Festival, and he has collaborated on several occasions as conductor with the Mark Morris Dance Group.

Tickets for the June 8 concert are $20 for adults and $10 for students and youth and are available at the Mondavi Center box office in person or by calling 530-754-2787 during 12–6 p.m., Monday through Saturday. Tickets are also available online at mondaviarts.org.

For more information about the College of Letter and Science’s Department of Music and future performances, visit arts.ucdavis.edu/music.