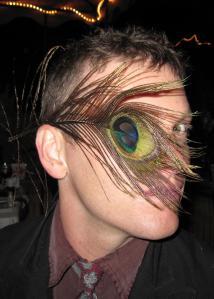 Kevin studied mountain lions, coastal salmon populations and land-use planning while acquiring a degree in Natural Resource Conservation. During this time he developed a keen knowledge of biological sciences and a deep interest in First Nations cultures through the various nations that he worked with.

He then ran off and joined the circus.  He completed a three-year dance and circus art program at the National Circus School of Montreal. He specialized in climbing ropes and minored in clowning.  Kevin’s movement practice is influenced by his 13-year practice of the movement analysis system called the Axis Syllabus.  He has collaborated with Frey Faust, Nita Little, Sarah Shelton Mann, Noemie Lafrance, and Ruth Douthwright.

His current research intersects embodiment practices, land use practices and site particular performance.  Kevin received the Emerging Artist award from the Canada Council for the Arts to create and tour his own work.  He is a recent recipient of the Social Sciences and Humanities Research Council of Canada Doctoral Award (2013-2015).  Kevin’s current research takes him to the Canadian Arctic.  He will hunt, and participate in other land based embodied practices with the Inuit of Baffin Island as part of the University of Manitoba Native Studies bush school during the summer of 2013.