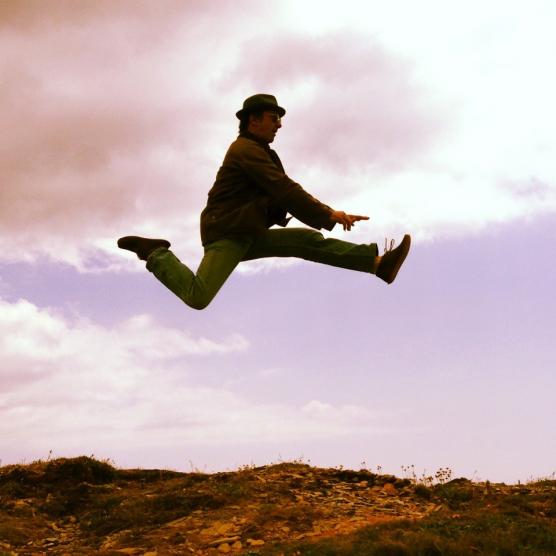 This class focuses on:

How you tell a story using your body and your imagination.

Identifying with materials and elements to find qualities of movement, rhythm and space.

Working on updating “Pantomime Blanche” techniques to create a form of “Cartoon Style Mime” where anything is possible!

Sedgwick worked with director Danny Boyle on the London 2012 Olympics as director of movement and choreographer. He won the 2008 Olivier Award as director of movement and horse choreographer for “War Horse,” and played Ted Narracot in the original production. His work as director of movement has been seen worldwide: “A Dog’s Heart” (De Nederlandse Opera, La Scala, Lyon opera and English National Opera), “Tintin” (Barbican Theatre), “Swallows and Amazons” (Bristol Old Vic), “The 39 Steps” (West End, Broadway, Japan, Russia, Korea, Australia and Europe), “War Horse” (New York, Toronto, Berlin, UK and North American Tours), and “Frankenstein” (National Theatre). Films include: “28 Days Later,” “Sunshine,” “Nanny McPhee” and “The Big Bang.” As an actor he has co-devised work with Simon McBurney and Complicite, (“The Master and Margarita”), played Harpo Marx in “Animal Crackers,” appeared in “The Play What I Wrote” in the West End.

Toby Sedgwick trained at the Jacques Lecoq School in Paris, where he founded The Moving Picture Mime Show, which established itself as one of the innovators of “physical theatre” throughout the world. He was part of Danny Boyle”s creative team as director of movement and choreographer for the Green and Pleasant Land and Industrial Revolution sequences of the London 2012 Olympics Opening Ceremony. He won the 2008 Olivier Award for Best Theatre Choreographer for War Horse and played Ted Narracott in the original production.