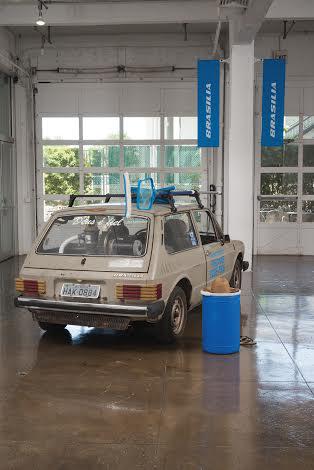 “Influenced by her childhood in Brazil’s capital, Brasília, which was built as a modernist utopia, Clarissa Tossin centers her practice on investigating the promises, legacies, and failures of modernity, globalism, and utopian idealism. Much of her work deals with cultural and economic exchanges between the United States—an established world power—and Brazil—which is poised to become one of the next international economic leaders. Through videos, sculptures, photographs, and ephemera, Tossin compares and contrasts shared architectural and urban ideals of the modern era while recalling the utopic and dystopic roles both these cities hold in the global imagination.” UCLA Hammer Museum

This lecture has been archived and may contain content that is out of date.
Lecture
October 1, 2015
Room 107, Art Annex, Davis, CA
View map