In 1988, Ron Cunningham was engaged as Artistic Director for The Sacramento Ballet. Mr. Cunningham is a choreographer of distinction in a variety of styles and has created over sixty ballets for the international stage. His ballets have received critical acclaim in London, Peking, Shanghai, Canton, Jerusalem, Tel Aviv, Milan, Rome, San Francisco, Chicago, and Boston.  His Cinderella was the first American ballet to be seen in the People’s Republic of China and was televised to over 30 million viewers.

In 1989, Carinne Binda joined her husband Ron Cunningham at The Sacramento Ballet, and in 1991 became Co-Artistic Director for the company. Ms. Binda’s career began with the Boston Ballet where she quickly emerged from the corps de ballet to the rank of soloist, as well as ballet mistress and personal assistant to the Artistic Director, Violette Verdy.  She served as ballet mistress for Rudolf Nureyev’s Swan Lake and Don Quixote, and has won praise from audiences and critics throughout more than a dozen international tours.

Through the vision and leadership of Artistic Directors Cunningham and Binda, the company has enjoyed substantial success and is widely recognized as a major leading arts organization in Sacramento. They have successfully chosen ballets that balance public appeal with works that stretch and develop the artistic capabilities of the dancers. The Sacramento Ballet is well known for Cunningham’s world premieres of such works as Carmina Burana, The Rite of Spring, Bolero, and A Midsummer Night’s Dream as it is for his classics, including The Nutcracker, Romeo and Juliet, Cinderella, A Streetcar Named Desire and Hamlet. The Ballet’s audience has had the opportunity to experience a vast repertoire, including works by Septime Webre, David Parsons, Kathryn Posin, Agnes de Mille, Glen Tetley, Val Caniparoli,Trey McIntyre and Twyla Tharp.  In 18 seasons, the Ballet has added 13 full-length ballets, 18 Balanchine masterworks, 36 Sacramento premieres, and 34 world premieres.  The company is highly regarded as a cultural asset to the community and consistently receives outstanding reviews for its artistic quality. 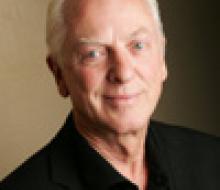