Continuing Lecturer in Visual Communication, Design Photographer. Barbara Molloy received her B.S. in Professional Photography from Rochester Institute of Technology in Rochester, New York and she received her M.F.A. from Academy of Art University in San Francisco, California.

Her work has been exhibited in solo and group shows, including the 18th Annual photo metro show at the San Francisco Arts Commission Gallery, for which Duane Michals was the juror. Other juried group shows include Women, Trauma and Visual Expression at the Woman Made Gallery in Chicago, Illinois and Feminism: What Kind? at the San Francisco Women’s Building, in San Francisco, CA. Ms. Molloy’s creative work is semi-autobiographical photographs and writing which refers to the traditional family photo album. Her photographs have been published in The Photo Review, photo metro, Spot, the Houston Center for Photography newsletter, among others. Her professional photography has been published in numerous national and international publications such as Ornament, Fiberarts and Arts of Asia, as well as in the book The Shining Cloth: Dress and Adornment that Glitters. Earlier work included photographing for two daily newspapers, The Des Moines Register and Tribune. 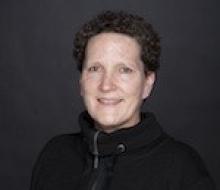