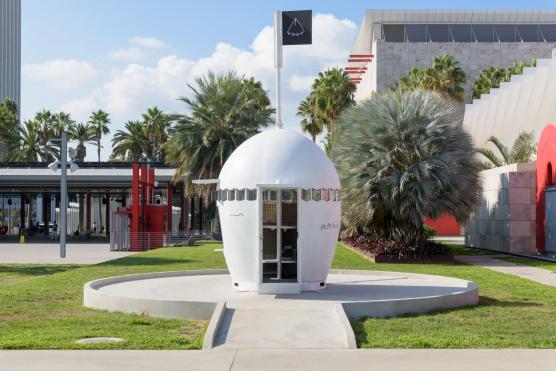 Rita Gonzalez is the Terri and Michael Smooke Curator and Department Head of Contemporary Art at the Los Angeles County Museum of Art where she has curated Phantom Sightings: Art after the Chicano Movement; Asco: Elite of the Obscure; Lost Line: Contemporary Art from the Collection; Agnés Varda in Californialand, In Production: Art and the Studio System, Christian Marclay: Sound Stories, among other exhibitions and programs. Gonzalez curated L.A. Exuberance: New Gifts by Artists, an exhibition that featured sixty gifts and marked the culmination of LACMA’s 50th anniversary year. From 1997–1999, she was the Lila Wallace Curatorial Fellow at the Museum of Contemporary Art, San Diego. She was on the curatorial team for Prospect 3 New Orleans and part of the curatorial teams for the first Current L.A. Biennial in 2016 and the Gwangju Bienale in 2018. Gonzalez was one of the 2018 Center for Curatorial Leadership Fellows.