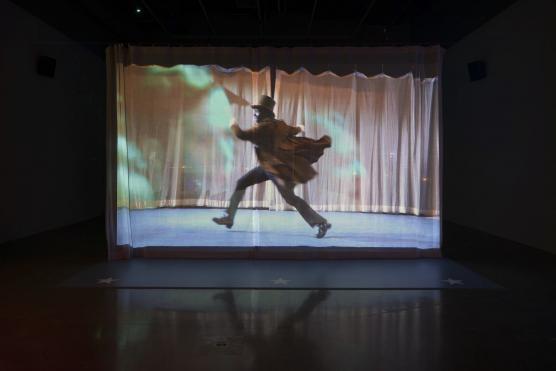 Edgar Arceneaux mixes drawing, sculpture, video, film and performance to explore how we construct history and memory in a racially divided country. His work has been shown at the Hammer Museum, Los Angeles; the Whitney Museum of American Art, New York; the Studio Museum in Harlem, New York; Performa 15, New York; the MIT List Visual Arts Center, Cambridge, Massachusetts; and Yerba Buena Center for the Arts, San Francisco, among other venues. From 1999 to 2012, he was director of the Watts House Project in Los Angeles, an initiative to remodel houses around the Watts Towers. He is an associate professor at University of Southern California.