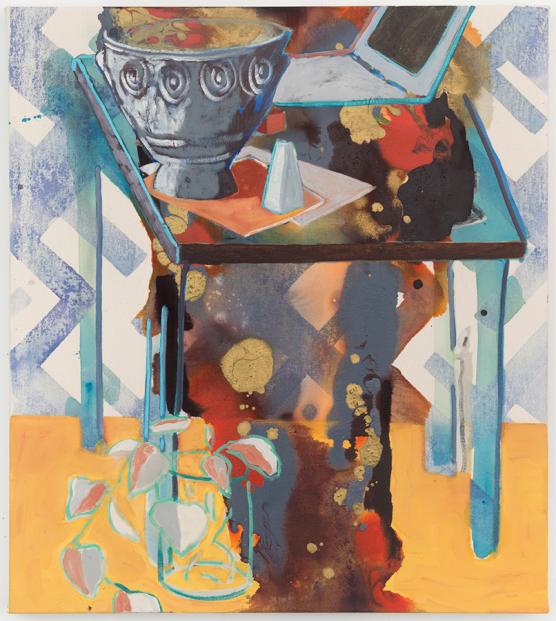 Angelina Gualdoni, a native of San Francisco based in New York, begins her paintings by pouring directly onto the canvas. This drawing via liquid creates a capricious and unpredictable ground and forms a base, both in terms of material and narrative. After one or often several layered pours, Gualdoni adds markings in heavier paint over top, defining objects or spaces.

Gualdoni attended Washington University School of Art, received her BFA from Maryland Institute College of Art, Baltimore, and earned her MFA from the University of Illinois at Chicago.