Violist and composer Kurt Rohde is a recipient of the Rome Prize, the Berlin Prize, a Radcliffe-Harvard Institute for Advanced Study Fellowship, a Guggenheim Fellowship, the Lydian String Quartet Commission Prize, and commission awards from the Barlow, Fromm, Hanson, and Koussevitzky Foundations, and New Music/USA. He has received the Arts and Letters Award from the American Academy of Arts and Letters and was a Fellow at the Radcliffe Institute for Advanced Studies. Recent projects include new works for the Lydian Quartet, Brooklyn Art Song Society, cellist Rhonda Rider, pianist Genevieve Lee, cellist Michelle Kesler, and Ensemble Échappé.

Rohde is Artistic Advisor of and plays viola with the Left Coast Chamber Ensemble. His CD Oculus—Music for Strings with the New Century Chamber Orchestra was released on the Mondovibe label, and his CD ONE: Chamber Music of Kurt Rohde was released by Innova Recordings. A CD featuring Treatises for an Unrecovered Past for String Quartet and his song cycle It wasn’t a dream… was released on Albany Records in 2019.

Professor Rohde’s teaching philosophy reflects the symbiotic relationship between scholarship and practice—how one composes, performs, investigates, and communicates. He is committed to the practice of diversity and equity in the field of music and the academic community at large, and believes that the pluralism of our society and culture is a strength that must be nurtured and explored.

Koussevitzky Foundation of the Library of Congress Commission Award

Professor Kurt Rohde has been given a 2022 San Francisco Arts Commission fund. The $20,000 commission will be used to support 4:30 Movie, a new twenty-minute micro-opera using poems by Donna Masini published in 4:30 Movie (Norton, 2020). These funny, touching, ruthless poems take the reader through the diagnosis, treatment and death of the author’s sister from cancer. Using the language of how movies are made and consumed, Masini tells the story of her sister’s struggle, and of her grief—both during her treatment and after her death.

The National Endowment for the Arts has awarded an Arts Project Grant to the Newtown Creek Alliance, which is in the process of creating a site-specific performance piece composed by Professor Kurt Rohde. The Newtown Creek separates the border of Queens and Brooklyn, and has a history of being one of the most polluted waterways in the country. The piece is called the Newtown Odyssey, which is being actively developed through workshops with artists and local community organizations.

An excerpt called “Gaia|Gyre|Siren” from Newtown Odyssey, the site-specific opera composed by Professor Kurt Rohde, was recently performed. In conjunction with the performance, Rohde and his collaborators were interviewed for Urban Omnibus, a publication of the Architectural League of New York.

The renowned conductor Michael Morgan has died at the age of 63 from complications arising from a kidney transplant a few short months ago. Maestro Morgan guest conducted the UC Davis Symphony Orchestra several times, the most recent of which was a concert featuring Saint-Saëns’s “Organ” Symphony in 2018.

The Gapplegate Classical-Modern Music Review has reviewed the Left Coast Chamber Ensemble’s recording, which was released on Avie Records in May.

Kurt Rohde, UC Davis professor of music, will for the second year running be the composer-in-residence at the summer festival produced by New York’s Weekend of Chamber Music in the Catskill Mountains. The festival is titled “Into the Light,” and will feature chamber music of Ludwig van Beethoven, Elliott Carter, Füsun Köksal, Huijuan Ling, Kurt Rohde, Franz Schubert, Andrew Waggoner, and Shelley Washington.

The Left Coast Chamber Ensemble begins its all-online concert season with a program titled Soft-Spoken. It features flutist and UC Davis lecturer in music Stacey Pelinka in Soft-Spoken, a world premiere from the multi-talented artist David Dominique, Zeppelin, a flute and cello duo by UC Davis professor of music Laurie San Martin, and Kurt Rohde’s (also a UC Davis professor of music) remixes of songs by Hildegard (Ave Maria) and Joni Mitchell (Blue), as well as trios by Beethoven and Albert Roussel.

UC Davis Professor Kurt Rohde will be at the Bogliasco Foundation in Genoa, Italy, for Fall Quarter 2019. While in residence, Rohde will compose seeking all that’s still unsung, a new work for string quartet and electronics commissioned by the Lydian Quartet. Rohde’s new piece listens to the rapidly changing sonics of the “outside” natural world and brings them “inside.” It is an interior mirroring of the sounds that surround us and that we take for granted, many of which are disappearing.

Violist and composer Kurt Rohde says he’s planning to hang up his instrument in 2028, which might not seem especially imminent. But he’s determined to use that time to make things better for the violists who come after him.

Professor of Music Kurt Rohde of UC Davis, and Yu-Hui Chang—who taught composition at UC Davis in the early 2000s—are the two guest composers at this year’s Composers Conference.

Two one-act chamber operas by Professor Kurt Rohde were cited by the website SF Classical Voice as winners in their annual Best of the Bay series.

Writing It wasn’t a dream made Rohde realize that a similar collaborative project would likely be fruitful for graduate students in both departments. On Saturday, the musicians presented two new works from this project.

“New collaborative works by Rohde, Seuss and others to be featured” May 2, 2018 (Davis Enterprise)

A distinctive series of events featuring collaborative efforts between a number of UC Davis composers, as well as writers and musicians from UC Davis and elsewhere, will take place during May. Included will be recent works by UC Davis faculty composer and violist Kurt Rohde; poet Diane Seuss, visiting from Michigan…”

“May Is a Month of Arts Collaboration at UC Davis” April 27, 2018 (Letters and Science)

Fries and Sulieman are one of six duos from the College of Letters and Science music and English departments that have collaborated on works for voice, piano and some electronics. The pieces will be premiered by the Brooklyn Art Song Society at the “Creative Writing” concert May 10.

Music professor Kurt Rohde’s “Power Is Everywhere” songs will have its world premiere in San Francisco May 30. Rohde’s songs are a kind of companion piece to Maurice Ravel’s Chansons madécasses that will also be part of the “Francophilia” concert by the Left Coast Chamber Ensemble.

Rohde’s music in “Power is Everywhere” is set to the writings of Michel Foucault, the 20th century philosopher and literary critic.

“I find the writings and lectures of this groundbreaking thinker to be direct, anything but simple, and yet always so clear,” said Rohde. “The singer is the observer, actor and deliverer of the message; she is not there to simply sing the text – she is there to instigate the way the music unfolds.”

He calls it a “a surreal singspiel” influenced by opera, song cycles and theater.

The concert, which will also be performed in Berkeley June 1, will also include works by Debussy, Massenet and Rorem. Nikki Edenfield will be the singer.

Rhode, a violist who is a member of Left Coast, recently completed works for the Lyris Quartet, the Lydian String Quartet and eighth blackbird. His opera, “Death with Interruptions,” premiered in March 2015, will be performed at UC Davis Nov. 11 and 12.

Kurt Rohde Appointed as Curator at Center for New Music

Kurt Rohde has received a two-year appointment (2017-2019) as a curator at the Center for New Music in San Francisco.

In this capacity, each curator is encouraged to realize their own vision, and to encourage artists to do the same. As a group, their responsibility is to make the best possible use of the Center’s resources to create concerts and special events that embody the values of diversity, inclusion, and excellence.

UC Davis music professor and composer Kurt Rohde will give the keynote talk “Running In Place—The Fetishization of Anything and Everything When Making Music” at this year’s Festival of New American Music. The free talk is Nov. 13 at noon in Room 151, Capistrano Hall, on the Sacramento State campus.

Two classic works of chamber music by Johannes Brahms — the Piano Trio in C Major, and the String Sextet in G Major — will be featured in a free noon concert on Thursday, Oct. 29, in Jackson Hall at the Mondavi Center.

With 10 days to fill, Sacramento State’s Festival of New American Music (www.csus.edu/music/fenam) has a lineup Nov. 6-15 to please all music lovers with a variety of forms and artists, and even includes a couple of former members of the Grateful Dead.

FeNAM’s featured composer is Kurt Rohde, who will present a keynote address at noon, Friday, Nov. 13. A recipient of the Rome Prize, Berlin Prize and a Guggenheim Fellowship, Rohde also is a founder of and performs with the Left Coast Chamber Ensemble.

Film of the live performance.

In Saramago’s 2005 novel, death appears as a woman who falls in love with a cellist and is transformed by that love. It’s a perfect vehicle, Rohde says, for using music to convey the drama. “In this opera, music is the transformative force that turns death from this thing that doesn’t exist into a human being. It’s a very confusing process for her, and she has to do things that are increasingly human. For example, she’s never spoken—she never had to—and when she starts to speak, I make her stutter and gradually start to form words. The cellist character vocalizes as if he’s tuning up the instrument, then playing the Bach Suites.”

Kurt Rohde, music professor, is one of 16 artists to receive an American Academy of Arts and Letters music award for 2015. He is one of four composers who will each receive a $10,000 award for outstanding accomplishments and $10,000 toward recording one of their works. Rohde, who came to UC Davis in 2006, has also won the Rome Prize, the Berlin Prize, a Guggenheim Fellowship, and recently received commissions from the Lydian String Quartet, eighth blackbird, the St.

Kurt Rohde has received a Copland House Residency Award. Rohde is among eight American composers and five from Great Britain to receive the 2013 award. Among the American winners are Nicholas Omiccioli, a participant in UC Davis’s “Migration and Music” festival in 2013, as well as Christopher Theofanidis, whose piano quintet is to be performed by the Empyrean Ensemble as part of the Festival of New American Music (FeNAM) at Sacramento State University and on the Empyrean Ensemble’s November 22 concert at the Mondav

Kurt Rohde won the commission award for the Lydian String Quartet (in residence at Brandeis University) for his two pieces: Concertino for solo violin and small ensemble (which was also performed on a noon concert in 2011), and still distant, still here for large ensemble.

Sam Nichols received Honorable Mention in the contest for his piece Refuge for String Quartet, andWrack for Violin and Piano.

Composer Kurt Rohde recently received a fellowship from the Radcliffe Institute for Advanced Study (2012–13) to work on two new chamber opera projects: an opera with poet Paul Mann, and an opera with writer Dana Spiotta and artist David Humphrey.

Kurt Rohde is a faculty composer at UC Davis and a composer-in-residence with Southwest Chamber Music (SCM) in Pasadena, California. In March 2010, SCM is participating in the Ascending Dragon cultural-exchange program, sponsored by the U.S. State Department. As part of this program, Rohde will spend three weeks in Vietnam, teaching music composition and analysis at top music schools in Hanoi and Ho Chi Minh City. 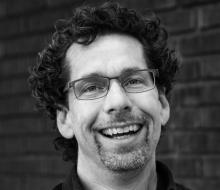