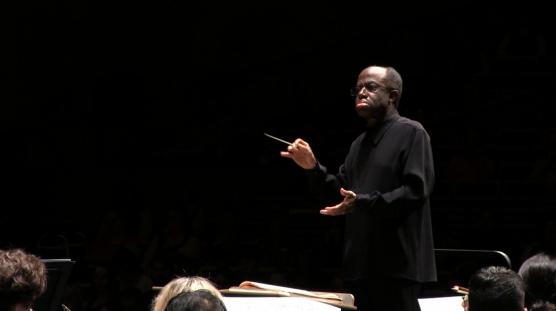 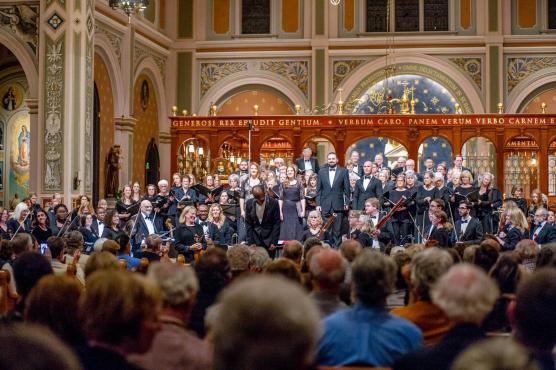 The renowned conductor Michael Morgan has died at the age of 63 from complications arising from a kidney transplant a few short months ago. Maestro Morgan guest conducted the UC Davis Symphony Orchestra several times, the most recent of which was a concert featuring Saint-Saëns’s “Organ” Symphony in 2018. The students loved working with him. On the podium he was humorous, honest, and fun. Off the podium he was approachable and always imparting a wealth of musical knowledge and technique. The faculty of music at UC Davis already miss him greatly.

Chair of the music department, Professor Laurie San Martin, recalls, “He was such a vibrant person and imparted his love of people and life to everyone around him. He was dedicated to community, and most especially our youth. I’m heartbroken to hear of his loss but I’m grateful for his decades of generosity and inspiration.”

Christian Baldini, professor and music director of the UC Davis Symphony Orchestra, remembers him as being “one of the kindest, most generous and inspiring artists of our time. He was devoted to the highest level music making, while also developing a groundbreaking approach to programming, guided by his ideals of inclusion and social justice. He was a champion, a mentor, a real advocate for young musicians—he always led by example with the utmost integrity. He was a wonderful colleague and also a friend of the Camellia Symphony Orchestra, where he guest conducted Mozart’s Requiem at the Cathedral of the Blessed Sacrament back in 2017.”

Professor and composer Kurt Rohde adds: “Michael Morgan has been an invaluable artistic presence and community figure for the last three decades. It’s hard to imagine the SF music world without him. He really loved music. He really loved the people he worked with. He really loved his audiences. And he was always trying to make everything that he was doing touch and affect as many people as possible.”

The Oakland Symphony Orchestra has posted an obituary detailing his many accomplishments.