ABC-CLIO published his first book, Gamelan: The Traditional Sounds of Indonesia, in 2004. It was named an Outstanding Academic Title by CHOICE. In 2008 Routledge released a second edition under the title Focus: Gamelan Music of Indonesia; a third edition, with co-author Elizabeth Clendinning, came out in 2022.

His monograph, Erotic Triangles: Sundanese Dance and Masculinity in West Java, published by the University of Chicago Press in 2010, focuses on constructions of masculinity in Sundanese men’s improvisational dance in West Java, Indonesia. It received Honorable Mention for the 2011 Alan Merriam Prize, the Society for Ethnomusicology’s most prestigious book award. Another monograph, Javaphilia: American Love Affairs with Javanese Music and Dance (University of Hawai’i Press, 2015), chronicles the careers and motivations of twentieth-century North Americans who were attracted to Javanese music and dance to develop a better understanding of American orientalisms and the subtleties of identity formations. It was awarded SEM’s Bruno Nettl Prize in 2016.

Spiller’s latest book, Archaic Instruments in Modern West Java, Indonesia: Bamboo Murmurs (Routledge, forthcoming 2023), investigates how the physical qualities of a landscape and the resources it provides shape musical styles and aesthetics by examining contemporary revivals of bamboo instruments in the city of Bandung.

His articles and book chapters appear in publications such as Asian Music, Worlds of Music, Asian Theatre Journal, Ethnomusicology, and Journal of the Society for American Music, as well as many edited collections. He has written dictionary entries for standard reference works including The New Grove Dictionary of Music and Musicians and Die Musik in Geschichte und Gegenwart (MGG). He has presented papers at regional and national meetings of the Society for Ethnomusicology (SEM), the Association for Theatre Arts (ATA), the International Association for the Study of Popular Music (IASPM), and the Congress on Research in Dance (CORD).

Spiller holds a bachelor’s degree in music from UC Santa Cruz, a master’s degree in harp performance from Holy Names College, and a master’s degree and the Ph.D. in ethnomusicology from UC Berkeley. He taught gamelan at Mills College in Oakland, California, and music at California Polytechnic State University in San Luis Obispo, California. From 2002 to 2005 he served as Luce Assistant Professor in Asian Music and Culture at Kenyon College in Gambier, Ohio.

Henry Spiller, professor of music, is the author of Archaic Instruments in Modern West Java: Bamboo Murmurs which has been recently published by Routledge.

The production features regional folk songs, classical Indonesian ballads and Sundanese and American pop music; dancers from the group Padepokan Seni Jugala; and the multi-media program “Learn from Pring” (pring refers to the wisdom of bamboo). The audience will be invited to participate.

UC Davis Professor of Music Henry Spiller has been selected as a Fellow at the Netherlands Institute for Advanced Study (Amsterdam) for 2019–20, where he will be in residence during the fall quarter of 2019.

Audiences can try an afternoon of Javanese-style music and storytelling at 3 p.m. Sunday, April 24, in the Mondavi Center’s Vanderhoef Studio Theatre, as Javanese-born musician and storyteller Midiyanto performs with the Bay Area-based ensemble Gamelan Sari Raras in a program titled Wayang Kulit.

Those attending the 1893 World’s Columbian Exposition in Chicago could visit a faux Javanese village, sample tea and coffee from the Indonesian island, and hear music of the gamelan, a large percussion ensemble.

Exposure to this exotic culture produced a “javaphilia” – a fascination for the music and dance of Java. That long-lasting allure, and how the music had been transformed, could be seen nearly 100 years later at the 1986 First International Gamelan Festival at Expo ’86 in Toronto.

Henry Spiller — a member of the music department faculty at UC Davis for 10 years — has a new book out, detailing “American love affairs with Javanese music and dance” through the stories of four North American artists.

Spiller and the UC Davis Gamelan Ensemble will be performing music that goes with the book’s theme on Friday as part of the “Musics of the World” concert in the Mondavi Center’s Vanderhoef Studio Theatre.

Javaphilia’s main subjects—Canadian-born singer Eva Gauthier (1885–1958), dancer/painter Hubert Stowitts (1892–1953), ethnomusicologist Mantle Hood (1918–2005), and composer Lou Harrison (1917–2003)—all felt marginalized by the mainstream of Western society: Gauthier by her lukewarm reception as an operatic mezzo-soprano in Europe, Stowitts by his homosexuality, Hood by conflicting interests in spirituality and scientific method, and Harrison by his predilection for prettiness in a musical milieu that valued more anxious expressions. 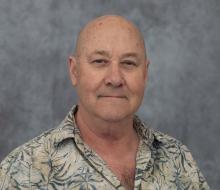