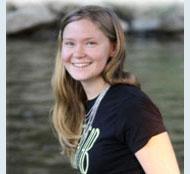 Gillian Irwin has been a student of ethnomusicology at UC Davis since Fall 2014. Before coming to Davis, she studied music and English at Muhlenberg College (Allentown, PA) and served as a Fulbright English Teaching Assistant in Yogyakarta, Indonesia. At Davis, Gillian specializes in Indonesian music with interests in educational and cultural policy, national identity formation, and the relationship of the region to the nation of Indonesia. She is currently involved in the “Indian Ocean Worlds” Mellon Research Cluster at Davis and expects to conduct her fieldwork in high school music classrooms in Yogyakarta during the 2017-18 academic year.

Gillian has presented her work at various conferences, including meetings of the Society for Ethnomusicology, the College Music Society, and the International Musicological Society’s Music and Media Study Group. She also enjoys performing Javanese karawitan, Hindustani vocal music, and early music of the viola da gamba.

Two UC Davis ethnomusicology grad students—Gillian Irwin (first year) and Sarah Messbauer (ABD)—share this year’s Marnie Dilling Prize, presented by the Northern California Chapter of the Society for Ethnomusicology for the best graduate student presentations at its annual chapter meeting, which was held on February 28, 2015, at UC Berkeley.