Busse Berger has published articles and books on notation, mensuration and proportion signs, music and memory, mathematics and music, historiography, and music in African mission stations. It is indicative of the interdisciplinary nature of her work that she has won major awards from scholarly societies representing the three musicological disciplines:  the American Musicological Society, the Society for Music Theory, and the Society for Ethnomusicology.  Winner of the Alfred Einstein Award from the American Musicological Society (AMS) for best article by a young scholar, she has had fellowships at the Harvard University Center for Italian Renaissance Studies, Villa I Tatti, Florence (twice); the Guggenheim Foundation, the NEH, the Stanford Humanities Center, the University of Vienna, and the Institute of Advanced Studies (Wissenschaftskolleg) in Berlin.

In her first book, Mensuration and Proportion Signs, she presents the first fundamental study of time signatures in early music and their relationship to other measuring systems of the period and fifteenth-century arithmetic. Her book Medieval Music and the Art of Memory won the ASCAP Deems Taylor Award and the Wallace Berry Award from the Society of Music Theory for 2006, and has been translated into Italian. Her article “Spreading the Gospel of Singbewegung: An Ethnomusicologist Missionary in Tanganyika of the 1930s” won both the Colin Slim Award for best article by a senior scholar from the AMS and the Bruno Nettl Prize from the Society for Ethnomusicology in 2014. She co-edited (together with Jesse Rodin) the Cambridge History of Fifteenth-Century Music (2015). In 2015, Busse Berger gave the Faculty Research Lecture at UC Davis, the Academic Senate’s highest honor. In addition, she won the UC Davis Honors Teaching Award in 2019.

In 2019, Busse Berger was made an Honorary Member of the AMS. She also received $210,000 from the Henry Luce Foundation together with her colleague Henry Spiller to research a Music History of Indonesia. Her book The Search for Medieval Music in Africa and Germany, 1891–1961: Scholars, Singers, Missionaries (University of Chicago Press, 2020) won the Bruno Nettl Award from the Society for Ethnomusicology for 2021.

She has joined the editorial board of the Schweizer Jahrbuch für Musikwissenschaft and was elected to the Directorium of the International Musicological Society for a five-year term.

Anna Maria Busse Berger, Distinguished Professor of Music, emeritus, has been awarded the 2021 Bruno Nettl Prize, given by the Society for Ethnomusicology (SEM), for her book The Search for Medieval Music in Africa and Germany, 1891-1961: Scholars, Singers, Missionaries. It is the second time Busse Berger has won the award from SEM.

UC Davis Music professor Anna Maria Busse Berger is the winner of the Faculty Research Lecture Award for 2015. She has won top awards for research and writing in musicology.

Professor Anna Maria Busse Berger has been awarded a prestigious Lise Meitner Fellowship for a fifteen month residency in Vienna, Austria, in 2011–12. She will conduct research for a book entitled, Between Orality and Literacy: Music in the Moravian Missions, 1732–2009. In this project she will investigate the vibrant music traditions of German Moravians, traditions that were primarily based on singing and improvisation of chorales. 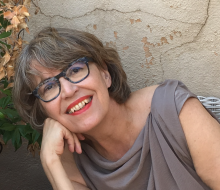 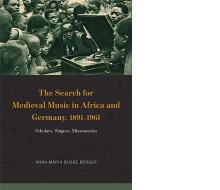 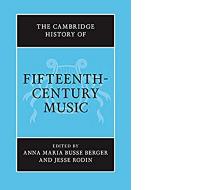 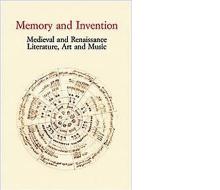 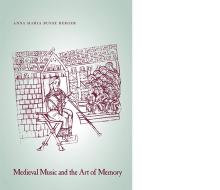 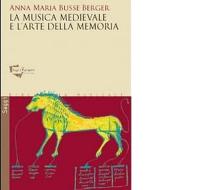 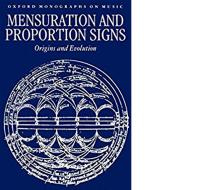