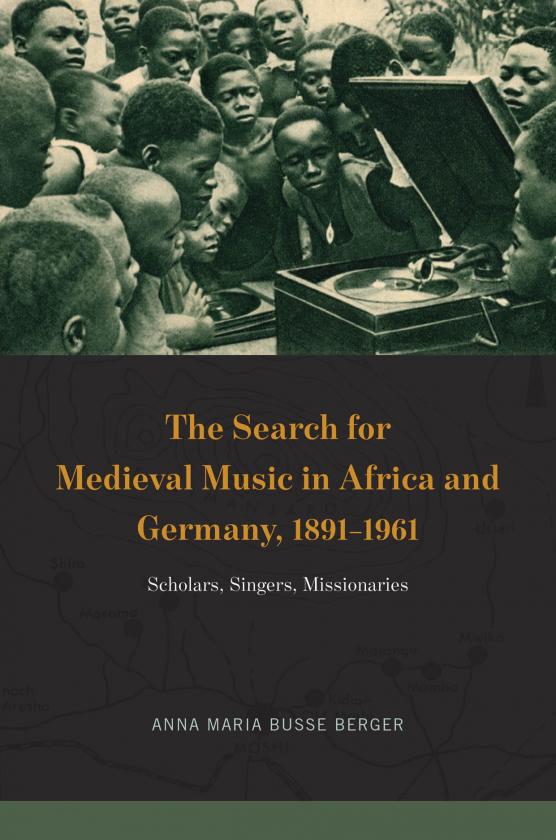 Anna Maria Busse Berger, Distinguished Professor of Music, emeritus, has been awarded the 2021 Bruno Nettl Prize, given by the Society for Ethnomusicology (SEM), for her book The Search for Medieval Music in Africa and Germany, 1891-1961: Scholars, Singers, Missionaries. It is the second time Busse Berger has won the award from SEM. She received the honor for her article “Spreading the Gospel of Singbewegung: An Ethnomusicologist Missionary in Tanganyika of the 1930s.”

In the award committee’s remarks for the award, they commended Busse Berger for her personal narrative and breadth of research:

The author draws on exhaustive archival research, international travels, and personal narrative and writes with a refreshing intellectual curiosity. Busse Berger marvels (and encourages us to marvel) at many of the previously undiscovered (or under-appreciated) connections between early comparative musicology (vergleichende Musikwissenschaft) and the work of German missionaries who were fascinated with participatory music making in Africa and what they saw (or heard) as its similarities to medieval music in Europe. There is a sense of wonder that pervades the text, as the author delves into a topic that connects with her own background and lived experiences as the daughter of a German Lutheran missionary. This book is highly ambitious yet lucid in terms of its organization and structure–with lively prose and sustained attention to micro and macro relationships, i.e., how individual histories connect to broader sociohistorical events, demonstrating that “scholarly activity was not limited to a closed club involving only white missionaries.” Busse Berger also highlights the significance of Sierra Leonean musicologist, composer, and Guggenhiem Fellow Nicholas G. J. Ballanta, foregrounding his work in the 1920s and 30s (much of which predates that of Erich von Hornbostel and other European scholars) on the aesthetics of African music, and the role that race and racism played in silencing Ballanta’s voice.

Published by the University of Chicago Press, The Search for Medieval Music in Africa and Germany, 1891-1961 reassesses the history of musicology, unearthing the field’s twentieth-century German and global roots. In the process, the author exposes previously unseen historical relationships such as those between the modern rediscovery of medieval music, the rise of communal singing, and the ways in which African music intersected with missionary work in the German colonial period. Ultimately, Busse Berger offers a monumental new account of the early twentieth-century music culture in Germany and East Africa.

The purpose of the Nettl Prize is “to recognize an outstanding publication contributing to or dealing with the history of the field of ethnomusicology, broadly defined, or with the general character, problems, and methods of ethnomusicology.”