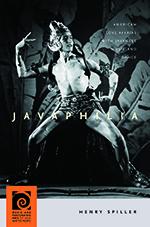 Javaphilia’s main subjects—Canadian-born singer Eva Gauthier (1885–1958), dancer/painter Hubert Stowitts (1892–1953), ethnomusicologist Mantle Hood (1918–2005), and composer Lou Harrison (1917–2003)—all felt marginalized by the mainstream of Western society: Gauthier by her lukewarm reception as an operatic mezzo-soprano in Europe, Stowitts by his homosexuality, Hood by conflicting interests in spirituality and scientific method, and Harrison by his predilection for prettiness in a musical milieu that valued more anxious expressions. All four parlayed their own direct experiences of Java into a defining essence for their own characters. By identifying aspects of Javanese music and dance that were compatible with their own tendencies, these individuals could literally perform unconventional—yet coherent—identities based in Javanese music and dance. Although they purported to represent Java to their fellow North Americans, they were in fact simply representing themselves.