Other operatic roles include Bastien with Pocket Opera, Basilio with North Bay Opera, Nemorino with Arizona Opera Outreach, the Witch in Hänsel and Gretel at Quisisana resort in Maine, and Strange Man in the world premiere of Wuornos at the Yerba Buena Center. Concert roles include Schubert’s Mass in G and Beethoven’s Missa solemnis Gloria at the Mondavi Center, Mozart’s Missa brevis in G, Finzi’s Magnificat with the Contra Costa Chorale, Mendelssohn’s Elijah with the Andover Academy, Theobald in Schubert’s Wedding Roast with Pocket Opera, Haydn’s Lord Nelson Mass at Brandeis University, Mozart’s Mass in C at the Church of the Advent in Boston, and the title role in Handel’s Judas Maccabaeus with the West Marin Music Festival.

In addition to his applied voice studio at UC Davis, Nadel teaches in Berkeley and El Cerrito. He holds degrees in music and history from UC Berkeley and earned a master’s degree in vocal performance from the New England Conservatory of Music, where he studied voice under Richard Hughes. He has recorded on the Harmonia Mundi USA, Koch International, Centaur, Arsis, Newport Classics, and Pro Música labels. Mr. Nadel holds memberships in the National Association of Teachers of Singing (NATS), the American Guild of Musical Artists (AGMA), and the International Academy of Performing Arts and Sciences.

Undergraduate music major Tiara Abraham performed “Quia Respexit” from J.S. Bach’s Magnificat, and earned the Grand Prize from the Enkor International Music Competition. She received a score of 96.25 percent, which is the highest received by a contestant during its six years and won the Grand Prize among ages 10–25 in the vocal category. Enkor is a unique music competition with a jury board consisting of more than 500 members throughout the world. 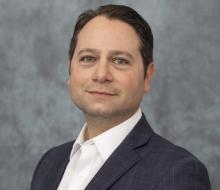