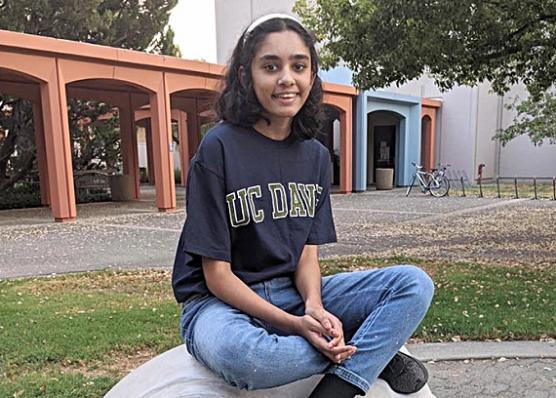 Undergraduate music major Tiara Abraham performed “Quia Respexit” from J.S. Bach’s Magnificat, and earned the Grand Prize from the Enkor International Music Competition. She received a score of 96.25 percent, which is the highest received by a contestant during its six years and won the Grand Prize among ages 10–25 in the vocal category. Enkor is a unique music competition with a jury board consisting of more than 500 members throughout the world. The contestants receive written feedback from the jury.

Abraham is studying with Jonathan Nadel at UC Davis, and will be giving a junior voice recital in late May, 2021.

Tiara started at Davis this quarter and is pursuing a degree in music, though she first started to sing when she was about four years old.

“When I turned seven, I realized that I loved music and I loved to sing, and it was something I was truly passionate about, so I found a voice teacher who was willing to train me and I began to learn the right techniques and healthy habits early on,” Tiara said.

Tiara is studying with Jonathan Nadel.