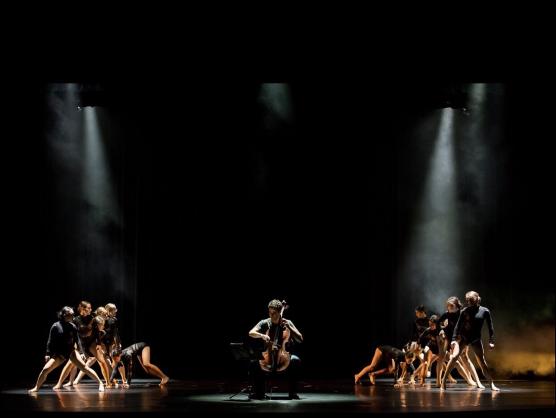 At the boundary between any two ecosystems there exists an abundance and variety of life. This holds true in art, where the zone between two mediums contains great potential for invention and expression.

Cellist, educator, and speaker Michael Dahlberg has built a career exploring music as a vehicle for learning and community-building. A chamber musician noted for his “sensitivity and coloristic playing” (The New York Times), Michael studied with Yeesun Kim of the Borromeo Quartet at the New England Conservatory (NEC.) He has held core positions with ensembles including Discovery Ensemble and Phoenix Orchestra, groups aimed at revitalizing the way classical music is developed, presented, and taught around New England. Michael’s own projects earned entrepreneurial grants and awards from NEC, the St. Botolph Club, and Tanglewood Music Center. During the 2011–13 seasons, Michael performed across New England as cellist of the Boston Public Quartet. The BPQ performed and presented as Celebrity Series’ first “Artist in Community,” and they were featured as the fellowship ensemble at the Apple Hill Center for Chamber Music in 2013. As teaching artists, the BPQ founded the non-profit musiConnects, providing Boston-area communities access to music instruction, forums for creative collaboration, and free performances. Michael served as Managing Director of musiConnects in 2012/2013, helping to double private donations that year. As Director of National Outreach Programs at NPR’s “From the Top”, Michael designed and facilitated over 80 interactive music events nationwide, for over 13,000 audience members of all ages.

Born in Walnut Creek, California, Sakurako Kanemitsu has performed in international music festivals such as the Sulzbach-Rosenberg InterHarmony Festival (Germany), and Orfeo International Music Festival (Italy). She performs frequently throughout the Sacramento area in both solo and chamber settings, and is also an avid performer of new music, having premiered many compositions. Her recording of local composer Ryan Suleiman’s piano-cycle, Under Moonlight, was featured on KDVS radio in Davis. In 2015, she worked as the rehearsal pianist and performance artist for the Sacramento State Opera Theater production of The Cat that Walked by Himself  by John Duke and The Beggar’s Opera by Benjamin Britten. She regularly performs in choreographer Jacob Gutiérrez-Montoya’s contemporary dance productions, which have included Resilience, Signs of Life, and more recently Heartstrings, which featured an original composition for piano quartet. In the 2018 season Kanemitsu was invited to premiere and perform works by the UC Davis composition faculty in collaboration with vocalist Lucy Fitz Gibbons, for the retirement of musicologist, Christopher Reynolds. She also collaborated with the 2017 Mu Phi Epsilon International Competition Winner, clarinetist Katsuya Yuasa, for a recital at Capistrano Hall, CSUS. She graduated cum laude with a bachelor’s of music degree in piano performance from Sacramento Sate University, where she studied under Steinway Artists and Professors of Music Richard Cionco and Natsuki Fukasawa.