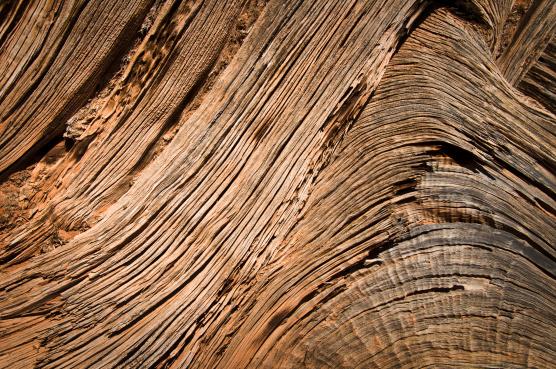 * the piece runs 65 minutes without stopping *

Music for 18 Musicians is approximately 55 minutes long. The first sketches were made for it in May 1974 and it was completed in March 1976. Although its steady pulse and rhythmic energy relate to many of my earlier works, its instrumentation, structure and harmony are new.

As to instrumentation, Music for 18 Musicians is new in the number and distribution of instruments: violin, cello, 2 clarinets doubling bass clarinet, 4 women’s voices, 4 pianos, 3 marimbas, 2 xylophones and metallophone (vibraphone with no motor). All instruments are acoustical. The use of electronics is limited to microphones for voices and some of the instruments.

There is more harmonic movement in the first 5 minutes of Music for 18 Musicians than in any other complete work of mine to date. Though the movement from chord to chord is often just a re-voicing, inversion or relative minor or major of a previous chord, usually staying within the key signature of three shapes at all times, nevertheless, within these limits harmonic movement plays a more important role in this piece than in any other I have written.

Rhythmically, there are two basically different kinds of time occurring simultaneously in Music for 18 Musicians. The first is that of a regular rhythmic pulse in the pianos and mallet instruments that continues throughout the piece. The second is the rhythm of the human breath in the voices and wind instruments. The entire opening and closing sections plus part of all sections in between contain pulses by the voice and winds. They take a full breath and sing or play pulses of particular notes for as long as their breath will comfortably sustain them. The breath is the measure of the duration of their pulsing. This combination of one breath after another gradually washing up like waves against the constant rhythm of the pianos and mallet instruments is something I have not heard before and would like to investigate further.

The structure of Music for 18 Musicians is based on a cycle of eleven chords played at the very beginning of the piece and repeated at the end. All the instruments and voices play or sing the pulsating notes with each chord. Instruments like the strings which to not have to breath nevertheless follow the rise and fall of the breath by following the breathing patterns of the bass clarinet. Each chord is held for the duration of two breaths, and the next chord is gradually introduced, and so on, until all eleven are played and the ensemble returns to the first chord. The first pulsing chord is then maintained by two pianos and two marimbas. While this pulsing chord is held for about five minutes a small piece is constructed on it. When this piece is completed there is a sudden change to the second chord, and a second small piece or section is constructed. This means that each chord that might have taken fifteen or twenty seconds to play in the opening section is then stretched out as the basic pulsing melody for a five minute piece very much as a single note in a cantus firmus, or chant melody of a 12th century Organum by Perotin might be stretched out for several minutes as the harmonic centre for a section of the Organum. The opening eleven chord cycle of Music for 18 Musicians is a kind of pulsing cantus for the entire piece.

On each pulsing chord one or, on the third chord, two small pieces are built. These pieces or sections are basically either in form of an arch (ABCDCBA), or in the form of a musical process, like that of substituting beats for rests, working itself out from beginning to end. Elements appearing in one section will appear in another but surrounded by different harmony and instrumentation. For instance the pulse in pianos and marimbas in sections 1 and 2 changes to marimbas and xylophones in section 3A, and to xylophones and maracas in sections 6 and 7. The low piano pulsing harmonies of section 3A reappear in section 6 supporting a different melody played by different instruments. The process of building up a canon, or phase relation, between two xylophones and two pianos which first occurs in section 2, occurs again in section 9 but building up to another overall pattern in a different harmonic context. The relationship between the different sections is thus best understood in terms of resemblances between members of a family. Certain characteristics will be shared, but others will be unique.

Changes from one section to the next, as well as changes within each section are cued by the metallophone (vibraphone with no motor) whose patterns are played once only to call for movements to the next bar, much as in Balinese Gamelan a drummer will audibly call for changes of pattern in West African Music. This is in contrast to the visual nods of the head used in earlier pieces of mine to call for changes and in contrast also to the general Western practice of having a non-performing conductor for large ensembles. Audible cures become part of the music and allow the musicians to keep listening.

Percussionist Christopher Froh specializes in promoting and influencing the creation of new music through critically acclaimed performances and dynamic lectures. To date, he has premiered over 150 chamber and solo works by composers from 17 countries. His collaborations include some of the most significant composers of the twentieth and twenty-first centuries, including Chaya Czernowin, David Lang, Steve Mackey, John Adams, George Crumb, Liza Lim, Matthias Pintcher, and Keiko Abe.

UC Davis Lecturer in Music I-Hui Chen is a compelling pianist who seamlessly radiates her music and thoughts to the audience. Critics consider her musicality to be honest and direct, reflecting the composer’s original intentions, yet retaining her own creative individuality. In addition to her role as a solo performer, she is a dedicated teacher to young musicians and an experienced collaborative pianist.