UC Davis Lecturer in Music I-Hui Chen is a compelling pianist who seamlessly radiates her music and thoughts to the audience. Critics consider her musicality to be honest and direct, reflecting the composer’s original intentions, yet retaining her own creative individuality. In addition to her role as a solo performer, she is a dedicated teacher to young musicians and an experienced collaborative pianist.

Chen regularly appears in concert throughout Taiwan and the United States. An accomplished soloist, she also often collaborates with prestigious chamber music groups in the San Francisco Bay Area and the greater Sacramento area including the Chamber Music Society of Sacramento, Capitol Chamber Players, and MôD Artists.

Chen completed her undergraduate degree at the Taipei National University of the Arts where she studied piano performance under Alexander Sung whose musical lineage can be traced to Emil von Sauer (one of Liszt’s students) and Carl Czerny. Chen was and continues to be mentored by Maestro Sung. Chen received a scholarship to pursue her master of music degree at the New England Conservatory of Music where she studied with the legendary piano maestra Patricia Zander. She was invited to perform at the NEC Bach Festival and participated in a concert tour in the United States, sponsored by the Piatigorsky Foundation.

Before moving to the United States, Chen lectured in piano at Aletheia University music department in Taipei, Taiwan. She also held the keyboard section position in the Kaohsiung Symphony Orchestra. She was invited to participate in variety of performances that have contributed to her varied repertoire.

In 2019, Chen was appointed as a Lecturer in Music in piano at the UC Davis Department of Music. In addition to teaching, she coaches student chamber music groups and frequently performs with fellow faculty members. She lives in Davis, California, with her husband and three young children.

pnochen[remove-this-and-replace-with-at]ucdavis.edu
Back
This item appears in: 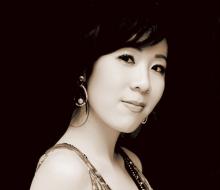