He has performed modern works throughout California, the venues including UC campuses at San Diego, Davis, and Santa Cruz, at Sacramento State University, and at Cal Arts. He has also played at June in Buffalo, NY, the Mendocino Music Festival, and in the Gund Series at Kenyon College. Orland may be heard on recordings of contemporary music released by CRI, Centaur, and Capstone.

Orland studied piano with Margaret Kohn in Claremont, CA, and is a graduate of the UC Berkeley Music Department, where he studied harpsichord with Davitt Moroney and composition with Gérard Grisey. He later continued his study of composition with David Sheinfeld.

Orland has appeared often as a freelance symphony musician, and has performed many times as a pianist in vocal recitals, as well as in vocal master classes by artists such as Frederica von Stade. Orland teaches in the music departments at UC Berkeley and UC Davis.

morland[remove-this-and-replace-with-at]berkeley.edu
Back
This item appears in: 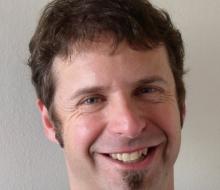