A champion of contemporary music in the United States and abroad, violist Ellen Ruth Rose is currently a member of Empyrean Ensemble, the flagship new music ensemble in residence at UC Davis, and Earplay, the San Francisco-based contemporary ensemble.

Rose has appeared on numerous recordings, including a Wergo CD of the chamber music of German composer Caspar Johannes Walter—featuring several pieces written for her—which won the German Recording Critics’ new music prize in 1998. In 2003 she created, organized, and directed Violafest!, a four-concert festival at UC Davis celebrating the viola in solos and chamber music new and old, including solos from the recently published anthology The American Viola (JB Elkus & Son, 2003) and premieres of pieces for four violas by Yu-Hui Chang and Laurie San Martin.

Rose holds a master’s degree in performance from the Juilliard School, an artist diploma from the Northwest German Music Academy in Detmold, Germany, and a bachelor’s degree with honors in English and American history and literature from Harvard University. She teaches viola and chamber music at UC Davis and UC Berkeley. Her own teachers have included Heidi Castleman, Nobuko Imai, Marcus Thompson, and Karen Tuttle.

On Wednesday, June 23, 2021, at 6:00 pm (Pacific Time) the ensemble Earplay will give its virtual summer gala, Gratitude, Gathering, and Music. They will present new compositions by UC Davis graduate student Josiah Tayag Catalan, Andrew Conklin, Richard Festinger, and Hyo-Shin Na. This program will be hosted by Andrew Conklin with introductions by the composers and commentary from fans and colleagues of Earplay. 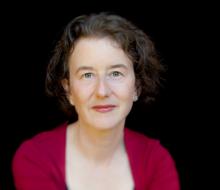