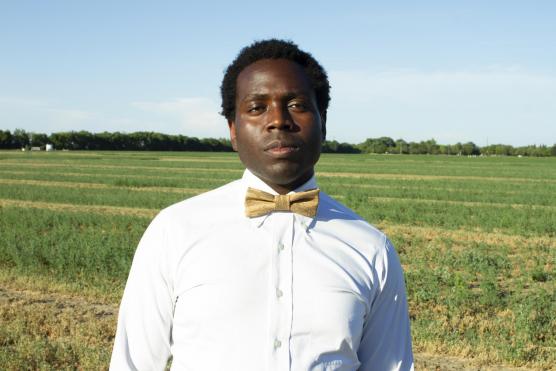 Dean Kervin Boursiquot, born in 1986, is a first-generation Haitian-American, and New York native. The guitar, film music, and music from the twentieth century sparked his interest in music composition. While in New York, he received his bachelor’s degree in composition at Mannes College the New School for Music. Notable awards include: Vox Novus Fifteen-Minutes-of-Fame: Parhelion Trio 2012, Peter Gross grant 2010, Mannes Orchestra Competition 2009, CRICE (composer-in-residence Chamber-Ensemble) commission and second place Jean Schneider Goberman Prize 2009. He has been a featured artist at the cell theater 2012, The Flea Theater’s Music with a View in 2011, and Band of Gypsies in 2010. While at Mannes he studied with Mario Davidovsky, Rudolph Palmer, Jennifer Higdon, John Musto, and Christopher Theofanidis.

Since he moved to the Bay Area in 2012, his experience in California has encouraged him to reconnect with his Haitian background and focus on extramusical subjects. To achieve freedom and variety, his storytelling is an ongoing theme in his music. Boursiquot continues solo projects while collaborating with writers and is a PhD candidate at University of California, Davis.

Doctoral students Dean Kervin Boursiquot and Trey Makler will have compositions premiered by the Left Coast Chamber Ensemble on Jan. 29 and 30 in the Bay Area.