Scott Linford is a music scholar, filmmaker, and musician who has conducted research in West Africa, Central America, and the United States. His primary research interests include participation and musical experience, identity and belonging, agriculture and the environment, musical repatriation, and colonial and post-colonial politics. Raised in the San Francisco Bay Area, he holds a master of arts degree and Ph.D. in ethnomusicology from UCLA, and previously served as music faculty at Berklee College of Music and the University of Cincinnati College-Conservatory of Music.

In addition to his dissertation, “Interweaving Worlds: Jola Music and Relational Identity in Senegambia and Beyond,” Linford’s work has appeared in Ethnomusicology Review, the Yearbook for Traditional Music, and Ethnomusicology Forum. He has presented papers at annual meetings including the Society for Ethnomusicology, the African Studies Association, and the Western States Folklore Society, and has given invited lectures at institutions including UCLA, Duke University, Jiao Tong University in Shanghai, and Centro Nacional de las Artes in Mexico City. He is currently producing an album for Smithsonian Folkways focused on the ekonting, a Senegambian plucked lute. Linford previously served as co-chair of the African and African Diasporic Music Section of the Society for Ethnomusicology.

Students will learn to play the high, lonesome sound of old time music from the Appalachian mountains and thereabouts. This genre includes dance tunes, songs, and ballads of British and West African influence. The ensemble will also make forays into more recent genres such as bluegrass, country, and folk music. 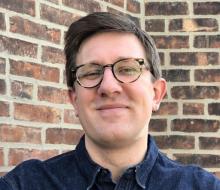