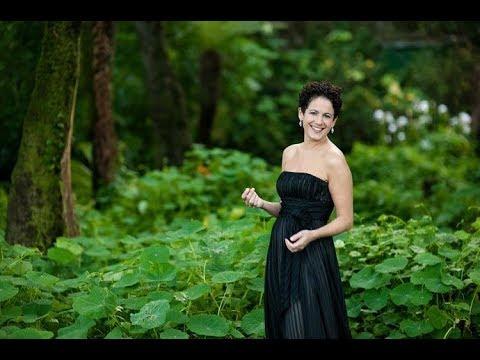 The concert program is coordinated by
UC Davis Professor of Music Kurt Rohde.

Soprano Ann Moss is an acclaimed recording artist and champion of contemporary vocal music who performs and collaborates with a dynamic array of living composers. Her high, silvery, flexible voice has been singled out by Opera News for “beautifully pure floated high notes” and by San Francisco Classical Voice for “powerful expression” and “exquisite phrasing.” In addition to working closely with well-known composers such as Jake Heggie, John Harbison, Kaija Saariaho, David Conte and Aaron Jay Kernis, Ann seeks out and performs music by emerging voices at forums and festivals across the USA. Highlights of the 2018-2019 concert season include the role of Della in David Conte’s The Gift of the Magi with Solo Opera, a concert in tribute to beloved singer-songwriter Joni Mitchell on the occasion of her 75th birthday, world premieres by Ursula Kwong-Brown, Feona Lee Jones and Allen Shearer with Composers, Inc., and a residency at Baldwin-Wallace University in conjunction with Cleveland Opera Theater’s {NOW} New Opera Works Festival. She performs two works composed for her: California Romances, by Nancy Bachmann, and Lament: III, by Garrett Shatzer on bespoke poetry of Sandra Alcosser, and makes appearances with San Francisco Chamber Orchestra, UC Berkeley Symphony, The Joshua Trio, and in recital with guitarist David Tanenbaum. As co-founder and Artistic Director of new-music repertory group CMASH, Moss has been personally responsible for the creation and premiere of over one hundred art songs, vocal chamber music and operatic works.

Jonathan Favero is a doctoral candidate in Music Composition and Theory at the University of California, Davis, and a former Mellon Public Scholars Fellow. His research interests include music in U.S. social movements, morality in music, and arts education in the U.S. criminal and juvenile justice systems.

When doctoral music composition students at UC Davis hear their music played for the first time, they hear it played by professionals who are champions of new music with years of performance experience.

“There’s no shortage of performance opportunities, especially for a research program, and that’s something that’s attractive to students.” —Professor Kurt Rohde