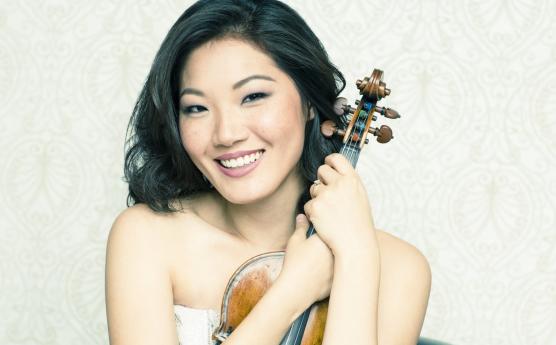 The UC Davis Symphony Orchestra will premiere two works, including one responding to the COVID-19 pandemic and a much-loved symphony by Antonín Dvořák for its concert on March 5. The concert takes place at 7 p.m. at the Robert and Margrit Mondavi Center for the Performing Arts.

Three Pieces from the Pandemic, winner of the UC Davis Symphony Orchestra Composition Award, is by Joseph Peterson, a doctoral student in music composition and theory. The three-movement piece explores the various and often conflicting emotions many have experienced over the past two years. Peterson, a performer, composer, and violin maker, received his bachelor’s degree in viola performance from The Juilliard School.

The other premiere, Miguel Farías’s violin concerto Kuyén, was written specifically for the orchestra and violinist Rachel Lee Priday. It was commissioned by the orchestra with funds from Ibermúsicas.

Kuyén, the name given to the moon in Mapuche mythology, comes from the Mapudungun word “küyen” of the Mapuche people, who are Indigenous peoples from areas of Chile and Argentina. In this work, the violin soloist represents Kuyén and creates bright resonances against the orchestra, which represents the Earth. The connections made between the two entities are sometimes represented in harsh and rustic sounds, exploring the roots of humanity.

Farías is the winner of several international awards and has received many commissions. He received the Art Critics Circle Award and the Altazor National Arts Award for his opera Renca, París y Liendres.

Dvořák’s Symphony No. 8 in G Major inhabits a sunny, pastoral world filled with Bohemian folk melodies, rustic peasant dances, distant horn calls and echoes of the birdsongs of the forest. The work has a bucolic and waltz-like nature in its first three movements, but concludes with a dramatic trumpet call in the final movement.

The orchestra is conducted by Christian Baldini, Barbara K. Jackson Professor of Music and orchestra director.

Tickets are $24 for adults and $12 for students and youth, and are available at the Mondavi Center Ticket Office in person or by calling 530-754-2787 during 12-5 p.m., Tuesday through Friday. Tickets are also available online at mondaviarts.org.

For more information about the College of Letters and Science’s Department of Music and future performances, visit arts.ucdavis.edu/music.