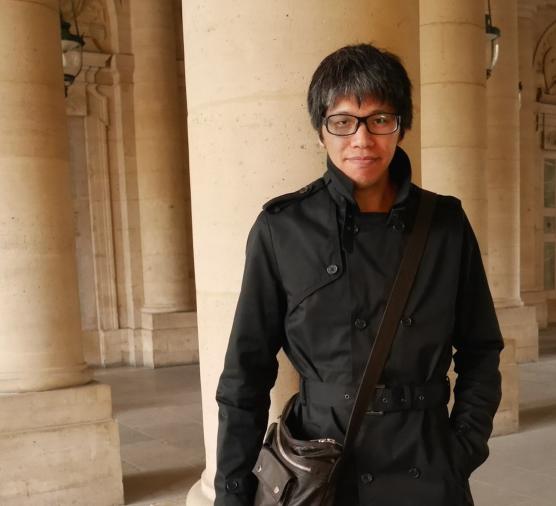 Fang-Wei Luo is a Taiwanese composer who holds his master’s degree in music from Taipei National University of the Arts and is currently a Ph.D. candidate in music composition at UC Davis. Fang-Wei is the recipient of numerous awards and commissions, and his pieces have been performed in many cities in Asia and North America. His music focuses on the balance between the simplicity of musical materials, intricacy of acoustic atmosphere, and implications of the composer’s innermost feelings, depicting the solitude, dreams, and suffering of disadvantaged minorities. In recent years, he has placed emphasis on writing pieces for specific political issues or unjust treatments, particularly Taiwan’s independence and arduous situation, which are entangled with his belief in music writing.

Received the !BAMM! Student Composers Competition Prize 2016 (by Composers Inc.) for “Illusion, in the Deep of the Abyss” for viola solo and electronics

Received a 2015 commission for “Dawn/Twilight” for eight-part chorus and erhu from Music Unlimited 8 Concert (Taipei, Taiwan)/Commission by Taipei Chamber Singers

The Empyrean Ensemble will present the second concert in its Young and Restless series on Monday, June 1, at 7 pm in the Vanderhoef Studio Theatre at the Mondavi Center.

This student profile has been archived and may contain content that is out of date.
Student Profile
February 20, 2013
fwluo[remove-this-and-replace-with-at]ucdavis.edu