Leanny Muñoz received her Master of Music from Louisiana State University; there she completed her master’s thesis, “Homenajes: Finding Spanish Identity in Falla’s Orchestral Suite.” She completed a Bachelor of Arts in Liberal Arts with a concentration in Fine and Performing Arts and a minor in Music Performance at the Louisiana Scholars’ College at Northwestern State University of Louisiana. Her primary research interests are in late nineteenth-century and early twentieth-century Spanish and Latin American music, especially as related to nationalism, representations of race and gender, and other socio-political issues. Additionally, Leanny is interested in film music, the discourse of colonialism in music and the classroom, arts administration, and remaining an active vocalist on campus and in the community. She has had the opportunity to collaborate with her peers on vocal projects, as well as performing with the Lydian String Quartet.

While at UC Davis, Leanny has served as co-president for the Music Graduate Student Association from Fall 2019 to Spring 2021. Currently, she is an officer and founding member of the Graduate Student Ensemble. In the Fall of 2020, she completed a 5 month remote internship with the Washington Performing Arts, an established and honored performing arts institution based in Washington, DC, as the Education and Cultural Diplomacy Intern. She looks forward to continuing her professional development while completing her PhD in musicology.

leamunoz[remove-this-and-replace-with-at]ucdavis.edu
Back
This item appears in: 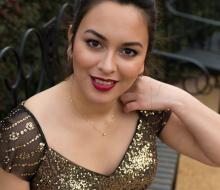