Tod Brody is flutist with the Empyrean Ensemble, as well as local new music groups Earplay, Eco Ensemble, and the San Francisco Contemporary Music Players. He has had an extensive career that has included performances of numerous world premieres and many recordings. He is also principal flutist of the San Francisco Chamber Orchestra, the Sacramento Opera, and the California Musical Theater, and makes frequent appearances with the San Francisco Opera and San Francisco Ballet orchestras, and in other chamber and orchestral settings throughout the region. Active as an instructor, Tod teaches flute and chamber music at the UC Davis. He is executive director of Opera Parallèle, which presents 20th- and 21st-century operas in San Francisco.

In this NPR interview, Tod Brody talks about his career as a performer and instructor. 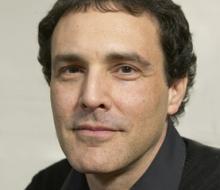