Nowlen has been a dynamic part of the northern California musical scene for nearly thirty years.  He is dedicated to renewing and sustaining classical music’s relevance in our society, and his career has led him to surprisingly diverse opportunities.

Currently, he holds artistic and musical director positions with the San Francisco Lesbian/Gay Freedom Band,  Symphony d’Oro, Camerata California Chamber Choir and Orchestra, the CalCap Chamber Music Workshop, and Sacramento’s VITA Academy. He is the director of the Wind Symphony of the California Youth Symphony in the South Bay and is Artistic Director Emeritus of Music in the Mountains. A long-time faculty member at Sacramento State in addition to UC Davis, Pete has mentored a generation of musicians and music educators for our region and beyond.

As a guest conductor, Pete has led performances of the Sacramento, Auburn, Camellia, Veridian, UC Davis, and CSUS Symphonies as well as the Sacramento Philharmonic. He has served as musical director for more than a dozen theatrical programs ranging from La bohéme, Magic Flute and Hansel und Gretel to Rocky Horror Show and Little Shop of Horrors.

A prize-winning French horn soloist, Pete came to Sacramento in 1987 to join the horn section of the Sacramento Symphony. He joined the Music in the Mountains Orchestra in 1989 and has performed frequently with the San Francisco Symphony, Opera and Ballet Orchestras and all of the prominent orchestras of the Bay Area and Northern California.  For several years he served as principal horn of the International Orchestra of Italy, performing and recording in Italy’s most prestigious festivals and venues.

Olivia Kieffer: …and Then The Universe Exploded

Samuel Barber: Sure on this Shining Night

In addition to teaching horn and the concert bands at UC Davis, lecturer in music Pete Nowlen is director of the Rancho Cordova’s Civic Light Orchestra called “Symphony d’Oro.” Through this orchestra he builds on local connections.

Lecturer and director of the Concert Band Pete Nowlen is the co-author of the recently published “Keys to Transposition: A Method for the Teaching & Learning of Transposition on the Horn” (Ensemble Publications).

Keys to Transposition teaches a step-by-step, strategic approach built on key and starting from scales, arpeggios, and common patterns. It has several “failsafes” to prevent students from going wrong, and each unit includes excerpts from the orchestral, solo, and chamber repertoire, starting with passages with no accidentals and few leaps and gradually adding difficulty. Each standard key also includes at least one duet excerpt.

Musicians representing UC Davis faculty, staff and students are participating in a summer chamber music program called CalCap which is being held at California State University, Sacramento. Pete Nowlen, director of UC Davis Concert Bands, is the director of CalCap which runs July 22 to August 3 in two one-week sessions

Among the musicians participating in the workshops are student Oscar Santamaria, bassoonist, who performs with the UC Davis Symphony Orchestra and Concert Band, and staff member Marjorie Phillips from environmental toxicology who is a flutist.

Pianist Richard Glazier, an expert in the music of George Gerswhin (and his era) who has performed Rhapsody in Blue nationally and internationally, will appear with the Concert Bands of UC Davis on Friday, June 1, for a performance of a band-and-piano version of Gershwin’s “Rhapsody in Blue” at 7 p.m. in the Mondavi Center, under the direction of faculty member Pete Nowlen.

The concert is titled Saluting UC Davis Mondavi Institute — Making Life Better Through Food and Wine, a theme that will be reflected in several of the musical selections.

Pete Nowlen, artistic adviser for Music in the Mountains, is featured in this half-hour River Music documentary, which premiered on KVIE. It documents the Music in the Mountains 2013–14 Young Composers Program. With funding from the Getty and Volgenau Foundations, the 24 teenage student composers studied a science curriculum with the Sierra Streams Institute focusing on the Yuba River and the restoration of its salmon run. The student composers then wrote music with this inspiration.

Participation in a chamber ensemble is— 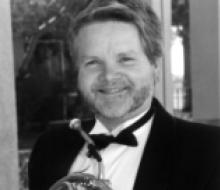 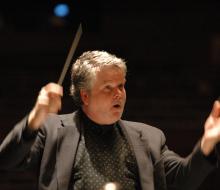 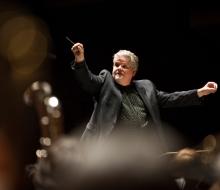