Reynolds received his B.A. in music from UC Riverside and an M.A. and Ph.D. from Princeton University. He began his career as a lecturer and choral director at the University of Illinois, Champaign-Urbana, and then taught and conducted at McGill University. Since 1985 he has been at UC Davis. Beginning in 1997 he spent several years as Director of Music at St. Martin’s Episcopal Church.

Reynolds was elected a fellow of the American Academy of Arts and Sciences in 2016 and an Honorary Member of the American Musicological Society (AMS) in 2017. He had previously served as President of the AMS for the years 2013 and 2014. As a teacher he received the UC Davis Prize for Undergraduate Teaching and Research (2013), and also the Academic Senate Distinguished Teaching Award (2000–01).

Reynolds is the author of three books, one on Renaissance music in fifteenth-century Rome, and another on how composers in the nineteenth century influenced each other, Motives for Allusion: Context and Content in Nineteenth-Century Music (Harvard, 2003). His latest book is Wagner, Schumann and the Lessons of Beethoven’s Ninth (UC Press, 2015). His research has been supported by fellowships from the ACLS, the NEH (twice), the Humboldt Foundation, and two residencies at the Villa I Tatti in Florence. He was a founding editor of Beethoven Forum and also served a term as editor of the AMS Studies in Music monograph series published with Oxford University Press.

Motives for Allusion was a finalist for the Otto Kinkeldey Award by the AMS. His article “Porgy and Bess: An ‘American Wozzeck’” (2007) won the H. Colin Slim Award from the AMS, and also the Kurt Weill Prize from the Kurt Weill Foundation. Reynolds received the 2014 Richard S. Hill Award from the Music Library Association for his article “Documenting the Zenith of Women Song Composers: A Database of Songs Published in the United States and the British Commonwealth, ca. 1890–1930”. He is donating his collection of more than 6500 songs composed by women to the university library, where much of it is housed in special collections as the Christopher A. Reynolds Collection of Women’s Song, 1800–1950.

He has held visiting professorships at Yale, Stanford, and UC Berkeley, in Germany at the University of Heidelberg and the University of Goettingen, and in Florence at the Villa I Tatti, the Harvard University Center for Renaissance Studies. As an administrator, Reynolds was twice chair of the Music Department and for a year was chair of the faculty of the College of Letters and Science. From 2002 to 2004 he directed the UC Study Center in Germany.

Reynolds Elected to Academia Europaea The Academy of Europe

Professor of Music, emeritus, Christopher Reynolds has been elected a member of the Musicology and Art History section of the Academia Europaea (Academy of Europe). The purpose of the Academy of Europe—an academy of sciences and humanities—is for the advancement and propagation of excellence in scholarship ”for the public benefit and for the advancement of the education of the public of all ages.”

I find it tremendously gratifying that a young performer found her way to my collection. The story of women songwriters needs to be told in many ways, none of which is more important than bringing the songs to life through performance. A century ago, thousands of women wrote songs. It was “normal” for women to express themselves through music. For someone who is an undergraduate to have begun this journey of recovering these lost voices is very exciting.

Chris Reynolds, faculty in the Music department and recipient of the 2013 UC Davis Prize for Undergraduate Teaching and Research, is featured on the One World, One UC Davis page. Professor Reynolds is recognized for his impact on students, teaching them how to develop and apply critical thinking skills using a subject that inspires and engages them — great music.

The Music Library Association’s 2014 Richard S. Hill Award was awarded to Christopher Reynolds for his article, “Documenting the Zenith of Women Song Composers: A Database of Songs Published in the United States and the British Commonwealth, ca. 1890–1930,” published in Notes (June, 2013). The award is given “for the best article on music librarianship or best article of a music-bibliographic nature.”

Porgy and Bess: “An American Wozzeck”

Peek inside the office of Christopher Reynolds, UC Davis professor, musicologist, choral singer and son of a choir conductor, and a visitor sees the expected — rows and rows of books, stacks of sheet music and a sketch of Beethoven on the wall. 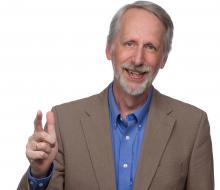