Professor Beth E. Levy to be Vice President of the Society for American Music 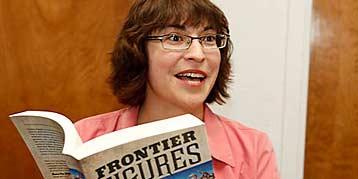 The Society for American Music has chosen UC Davis Associate Professor of Music Beth Levy as their Vice President. They have also elected members at large Mark Burford and Marian Wilson Kimber.

Her book Frontier Figures: American Music and the Mythology of the American West (UC Press) was published in 2012. Her other interests include eighteenth- and nineteenth-century aesthetics, reception history, and representations of music in literature.